Pope: I'd like to die a painless death because I am a 'real wimp' 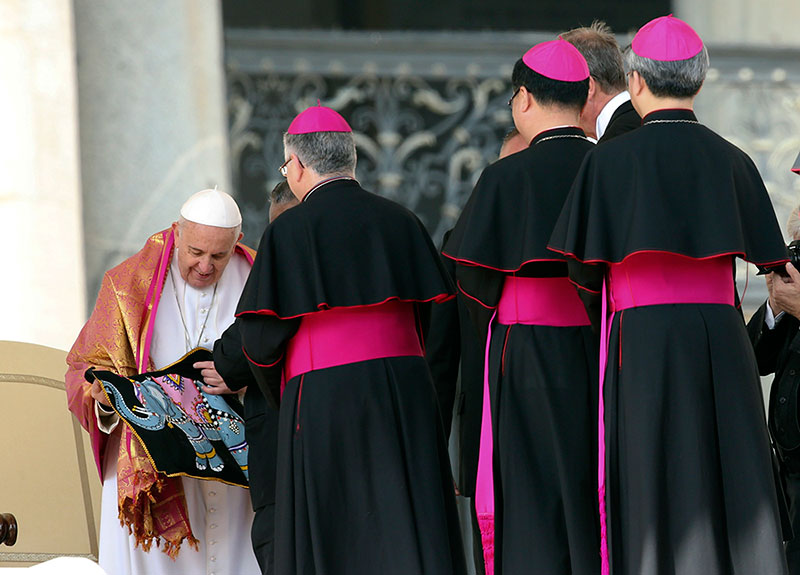 by Mar 11, 2015 12:00 am
Pope Francis acknowledged in an interview published Tuesday that he might be assassinated, and said his only request to God is to spare him from a painful death because he is "a real wimp."

Francis spoke to La Carcova news - a newsletter distributed in a slum of Buenos Aires, the pontiff's hometown. A local priest collected questions from parishioners and submitted them to Francis in a meeting on February 7.

"Life is in the hands of God," the pope said in response to a question on the possibility that he might be killed by "fanatics."

"I told God: Look after me. But if your will is that I die or that they do something to me, I ask you only one favour: that it will not hurt. Because when it comes to physical pain, I am a real wimp," Francis said.

In the interview, the pope confirmed he planned to visit Argentina in 2016, insisted that everyone - even people who have done very bad things - can seek forgiveness from God, and said he liked engaging with people who disagree with him.

"Because even when you disagree with them, they always - always! - give something to you or put you in a situation that leads you to reconsider your positions. And this is enriching. It is how we should behave with people we disagree with," he said.

The interview was released in the week marking the two-year anniversary of Francis' papacy. The 78-year-old became the Catholic Church's first-ever Latin American leader on March 13, 2013.