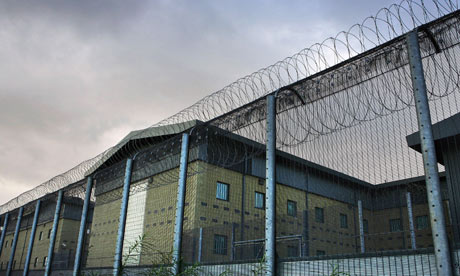 A report revealed human suffering in UK immigration detention centers as thousands joined mass protests over the government’s abusive treatment at the facilities, which are run like prisons

With immigration becoming a hot topic for the upcoming British general elections to take place in May, a week-long mass hunger strike at the UK's largest immigration detention center has revealed the abusive policies of the British government on asylum seekers who are treated like criminals by government authorities, a report by the Russian state-funded Russia Today (RT) claims. The report claims many people detained in the detention centers have to wait for long periods since they are not granted asylum and are also subjected to harsh and abusive treatment at the facilities where there is limited access to medical care with poor conditions. The British government allegedly banned filming and reporting of the hunger strike at the detention camp to avoid possible public criticism over government treatment of asylum seekers.

A wave of resistance started at the Harmondsworth Immigration Removal Centre, located near London's Heathrow airport, and spread to Morton Hall Immigration Removal Centre in Lincolnshire on March 10. During desperate protests, hundreds of protestors called on the British government to fix the poor conditions of the detention camps while demanding to shorten the duration of stay in the facilities where those being held have been subjected to abusive and inhumane treatment. The protestors also accused the UK Home Office of being aware of the devastating humanitarian situation and not taking necessary measures.

The UK's immigration detention centers are run by the Prison Service, a possible reason why the immigrants in detention camps have been reported to be treated as criminals and suffer from poor humanitarian conditions.

The U.K is one of the top destinations among European countries for many people seeking to live in better conditions. During the open-door policy introduced by the Labor government between 1997 and 2010, the number of immigrants arriving in the country rose significantly, according to a report conducted by the think tank Migration Watch UK "Net foreign migration during the 13 years of the Labor government between 1997 and 2010 was 3.6 million. This is four times higher than during the previous 13 years and is equivalent to the population of Britain's five largest cities outside London, Birmingham, Leeds, Glasgow, Sheffield and Bradford," the report said, underscoring the failure of Labor policies on immigration control ahead of the general elections in May.

Political debate in the UK on immigration policy has become increasingly heated as the British Prime Minister David Cameron and other party leaders have hardened their stance on the issue. Migration to Britain from other countries in the EU has been a sensitive issue, as many immigrants have sought residence in the UK due to its better living conditions. However, there has been growing concern over the increasing number of immigrants living in the country. This led to an increase in votes for the anti-EU and anti-immigration UK Independence Party (UKIP) over the past year. Border control and security is placed at the heart of its electoral campaign, as recent opinion polls show that there is a steady increase in support for UKIP.

As the general election nears, Nigel Farage, the head of UKIP, promised to curb immigration while supporting an Australian-style, points-based immigration system with tightened border controls with less than 50,000 net immigrants annually.

"Our immigration system would be fair, ethical and sustainable, but firm, too," Farage said. "Last year, over 600,000 people settled in this country," he added. "We, as a party, hold no prejudice against anyone on the grounds of their nationality, their religion or their race. But we are calling for a return to sanity. Britain needs to take back control of her borders, control of her immigration policy and let us turn what has become a negative in our society into a positive."

Cameron announced a series of proposals to curb immigration on November 28, 2014. His reform plan to cut the number of EU immigrants with low-level skills has received severe criticism from Germany. Britain's proposed immigration cap also includes restrictions for migrants from EU member states. The latest British move is expected to hit the 11 Eastern European states, whose citizens benefit most from EU immigration policy that supports freedom of movement within the EU. The growing anti-immigration rhetoric in the country signals an alarming attitude toward migrants who choose to settle in Britain, which has many pull factors for people choosing to migrate there.
Last Update: Mar 16, 2015 9:32 am
RELATED TOPICS