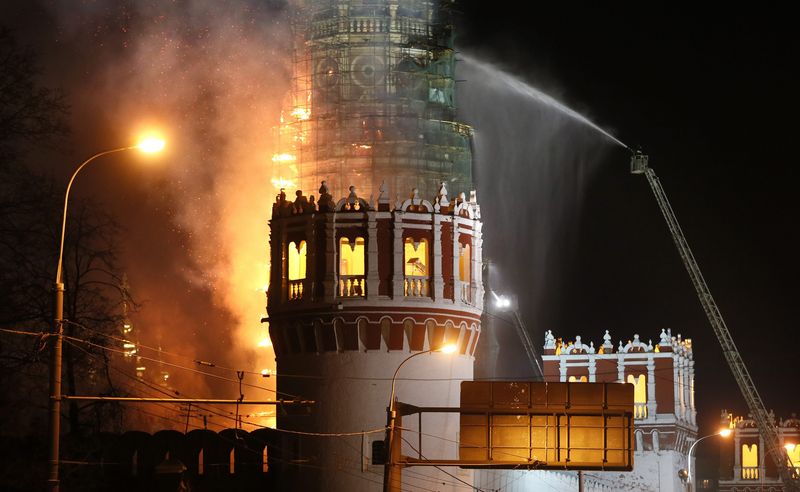 by Associated Press Mar 16, 2015 12:00 am
A fire has broken out in the bell tower of Moscow's Novodevichy Convent, one of the Russian capital's most noted visitor attractions.

Russian news reports said the blaze broke out late on Sunday in wooden scaffolding surrounding the tower as it undergoes restoration. The Interfax news agency quoted Alexander Gavrilov, the deputy head of the emergencies ministry for Moscow, as saying the tower itself didn't suffer significant damage and the fire's spread had been halted around midnight.

The octagonal tower, more than 70 meters tall, dates from the late 1600s.

The convent, which sits above an oxbow turn in the Moscow River, is noted both for its buildings and its cemetery, where many of Russia's most celebrated figures are buried, including Soviet leader Nikita Khrushchev and Russia's first president, Boris Yeltsin.
Last Update: Mar 16, 2015 9:42 am
RELATED TOPICS