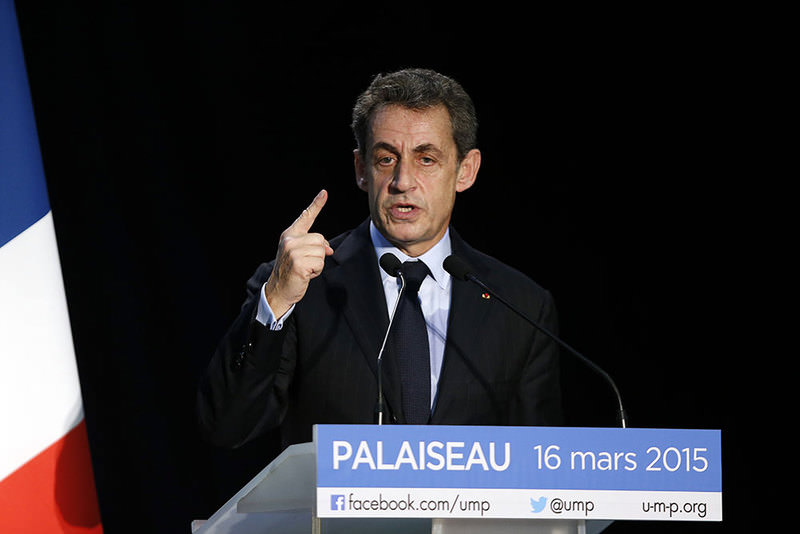 | Photo: AFP
by Anadolu Agency Mar 18, 2015 12:00 am
France's former president Nicolas Sarkozy has pronounced himself in favor of banning the Muslim headscarf in universities in the name of secularism.

The leader of the main opposition party, the right-wing Union for a Popular Movement (UMP) made the comments during a televised interview with TF1 on Tuesday night.

Referring to the 2004 law banning conspicuous religious symbols in public schools, Sarkozy said that he "does not see the consistency of a system where the headscarf is forbidden in primary and secondary school, and in high school, and allowed in universities. It does not make sense."

"I am opposed to the so-called alternative meals where, depending on the origin of the children, the parents' religion, we choose different meals," Sarkozy said.

"The republic has an identity. France is a republic not just a democracy. In a democracy, everyone does what he wants as long as it does not harm others. A republic demands more than that," he added. "If you want your children to have faith-based diet, you go into (...) private education."

On March 6, French Prime Minister Manuel Valls said the ban of the headscarf at the university was not on the agenda.

In March 2004 France passed a law banning all religious symbols in public schools. Thus, any sign, dress by which students overtly manifest a religious affiliation such as the Islamic veil was forbidden. The law also applies to staff of these institutions.