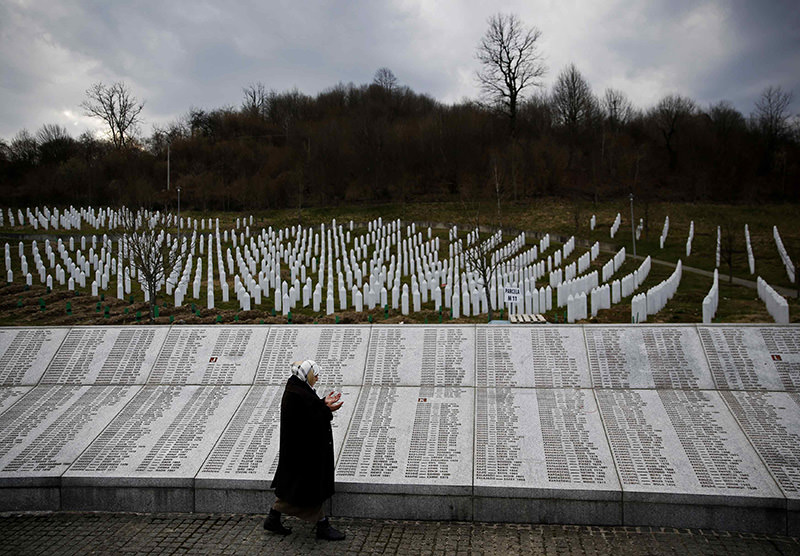 | Photo: Reuters
by Daily Sabah with Wires Mar 18, 2015 12:00 am
Eight people have been arrested on Wednesday in Serbia on suspicion of taking part in the 1995 Srebrenica massacre in which around 8,000 Muslims were killed, AFP reported.

The arrests are the first in Serbia relating to Europe's worst civilian slaughter since World War II. The seven were said to be members of a Bosnian Serb wartime special police unit.

They were suspected of having "committed war crimes against the civilian population" notably at the Kravica warehouse outside Srebrenica where more than 1,000 Muslims were killed in July 1995, the prosecutor said in a statement.

After capturing the then UN-protected enclave on July 11, 1995, Bosnian Serbs summarily executed around 8,000 Muslim men and boys in a few days. The killings were ruled to be genocide by the International Criminal Tribunal for the former Yugoslavia (ICTY) and the UN's top court, the International Court of Justice.

The massacre at Srebrenica is the only atrocity in Europe to be labeled as genocide by the United Nations since World War Two.
Last Update: Mar 18, 2015 6:45 pm
RELATED TOPICS