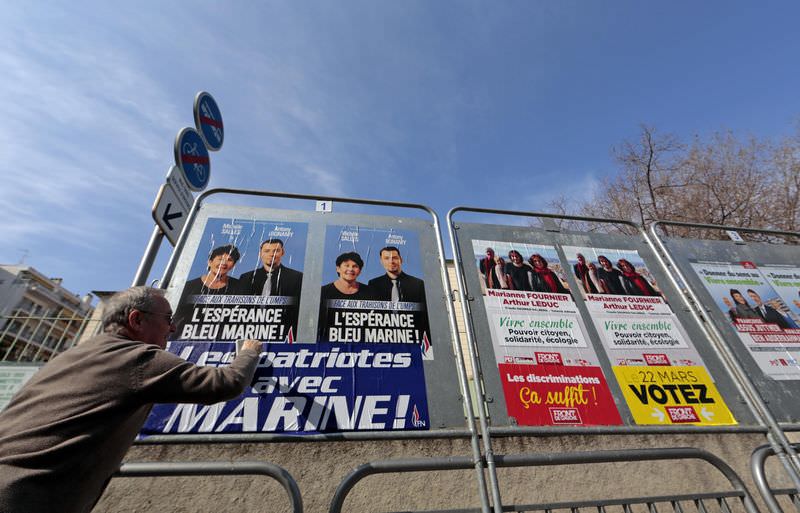 by Anadolu Agency Mar 20, 2015 12:00 am
Fifty-four French politicians of Turkish origin will run as candidates in the upcoming two rounds of local elections.

The first round of elections will be held on March 22. The Justice and Equality Party, which was established by French citizens of Turkish origin, will take part in the elections.

PEJ chairman Hikmet Huseyinbas said that his party embarked on politics due to the dangerously-increasing influence of the far-right National Front Party, led by Marine Le Pen.

"Le Pen always makes politics by keeping racism on the agenda," Huseyinbas said. "Mosques and prayer rooms were attacked in many places around France."

Melek Ekim, 22, is among the youngest candidates running in the elections. She is a candidate from the ruling socialist party.

"As a French citizen, I want to do something for the future of this country," Ekim, who is of Turkish origin, said. "But actually, I became a candidate after the insistence of our Armenian-origin family friend."

The second round of elections will take place on March 29.