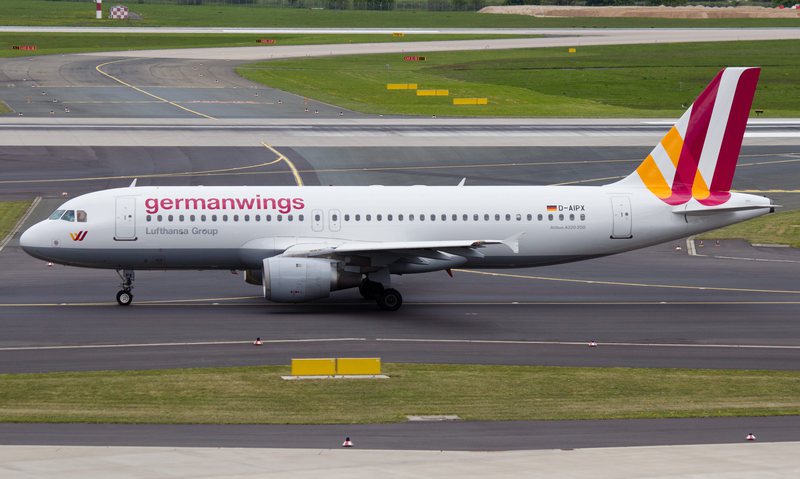 The crash of Germanwings flight 4U9525, a discount carrier of Germany’s Lufthansa, in southern France killing all 150 aboard, triggered concerns over plane being airworthy

A Germanwings Airbus 320 crashed in the mountains in southern France near the town of Seyne-Les-Alpes on Tuesday, less than an hour after taking off from Barcelona, Spain on its way to Dusseldorf, Germany, killing all 150 people aboard. As a major search and rescue operation is under way, there have been many speculations about whether it was human error or mechanical problems that caused the tragedy. In the wake of the crash, Germanwings, a discount carrier owned by German carrier Lufthansa, canceled seven flights out of Dusseldorf as crew members refused to fly. The European Aviation Safety Agency (EASA) said that it has been "closely monitoring the latest information" while being "in contact with the French authorities, Airbus and other organizations involved, in order to provide any support possible." Flight 4U9525 was flying at 38,000 feet when it started to lose altitude, European authorities said. However, the aircraft unexpectedly began to lose about 4,000 feet per minute. Lufthansa purchased the Germanwings plane called "Mannheim" in 1991. After more than 24 years of service, the plane's commercial life was almost over before Tuesday's crash took place.

The black box flight recorder from the plane has been recovered damaged but with information that can be extracted, French Interior Minister Bernard Cazeneuve has said. Cazeneuve said in Paris on Wednesday that the cockpit voice recorder for Flight 4U9525 had been located, some data was retrievable and all possible causes for the disaster would be examined. Cazeneuve told French radio RTL: "France's civil aviation safety organization BEA says the black box has been discovered damaged, but it is usable." The debris from the plane is spread over one-and-a-half hectares, a large area due to the significant impact, but it shows that the plane did not appear to have exploded." French Secretary of State for Transport Alain Vidal said one of the two data recorders from the aircraft, which are colored orange but called "black boxes," had arrived on Wednesday morning at the office of the Bureau of Accident Investigations, or BEA, France's civil aviation safety organization in the French capital. He said: "When it comes to analyzing the sounds, it can take several weeks, but it is work that will perhaps give us an explanation." The search for the flight data recorder was ongoing, he said.

German weekly Der Spiegel also reported on Tuesday that the crashed aircraft had experienced a technical problem on its nose landing gear door a day earlier and had to remain on the ground for hours. Snow, rain and heavy winds were reported to be hitting the site of the crash at Meolans-Revels near the town of Barcelonnette, with bad weather forecasted for the coming days, which would hamper any recovery operations. German authorities set up a crisis desk at Dusseldorf Airport to provide information and support to families and friends of the passengers.
One of the reasons for the dispute was air traffic controllers' concerns of overloaded airspace. The air disaster is one of the most tragic incidents in recent German aviation history and the first deadly crash of a Germanwings plane since the low-budget airline was founded by Germany's largest airline in 2002. A co-pilot and a passenger died when a Lufthansa Airbus A320-200 overran a runway at an airport in Warsaw, Poland in 1993. A total of 68 occupants survived. The crash was also the first on French soil since July 25, 2000, when an Air France Concorde crashed into a hotel in Gonesse in the Val-d'Oise shortly after taking off from Roissy-Charlse de Gaulle Airport, killing 13 German passengers and crew members, along with four others on the ground.

Since the Airbus 320 first came out in 1987, it has been involved in nine crashes including the recent Germanwings flight. An AirFrance Airbus 320 crashed into trees during an air show maneuver when the aircraft failed to gain altitude during a low pass with the landing gear deployed on June 26, 1988. On 2008, a TACA Airlines A320 flying from San Salvador, El Salvador, to Tegucigalpa, Honduras overran the runway, killing of one of the six crew members and two of the 118 passengers. In 2007, a domestic flight from Porto Alegre to Congohas Airport in São Paulo in Brazil landed at a higher than normal speed and overran the runway. All 187 people including six crewmembers were killed.

Meanwhile, world leaders responded to the crash of Flight 4U9525 and conveyed their condolences to those affected by the tragedy. "My thoughts and my condolences and those of the whole German government go out to those who have suddenly lost their lives, including many of our compatriots," German Chancellor Angela Merkel said. "The suffering of their families is immense." French President François Hollande wrote on Twitter: "I want to express my solidarity to the families of the victims of the air crash." "This is a mourning, a tragedy." U.S. President Barack Obama said Tuesday: "Germany and Spain are among our strongest allies in the world and our message to them is that as their steadfast friend and ally, America stands with them at this moment of sorrow," adding: "It's heartbreaking because it apparently includes the loss of so many children, some of them infants."

Germanwings gave details of most of the nationalities of passengers onboard except some of the passengers. According to authorities, there were 73 Germans – one of Turkish origin – 35 Spaniards, two Australians, two Argentinians, two Iranians, two Venezuelans, two Americans, one Briton, one from the Netherlands, one Dane, one Belgian, one Colombian, one Mexican, one from Japan, one Israeli and one Kazakh.