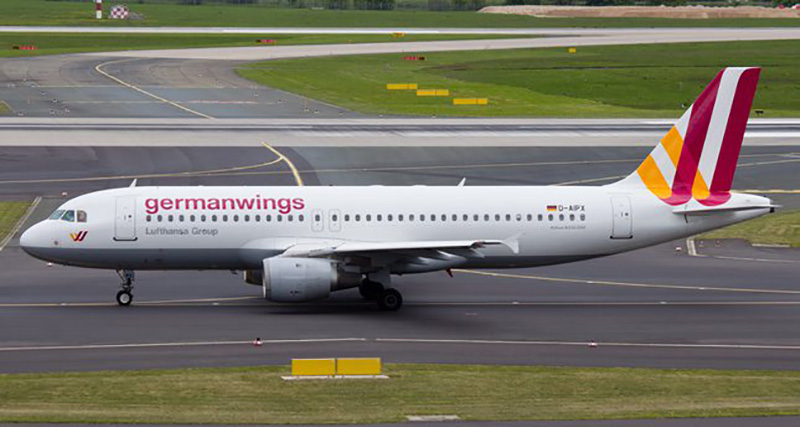 | Photo: DPA
by Associated Press Mar 26, 2015 12:00 am
Some airlines around the world, including Air Berlin, Air Canada and Easy Jet announced on Thursday they will now require two crew members to always be present in the cockpit following the Germanwings crash that killed all 150 people aboard the plane.

After the details emerged on Thursday that the co-pilot of Germanwings flight had apparently locked himself in the cockpit and deliberately crashed the plane into the mountains, some leading airlines has taken a step to introduce new cockpit rules to ensure two crew are always in the cockpit.

German Aviation Association spokeswoman Christine Kolmar said the plan will be presented to German aviation authorities on Friday and the airlines will implement the new regulations "as soon as possible."

Canada's government also issued an immediate order requiring two crew members to be in the flight deck at all times. Transport Minister Lisa Raitt said the government is reviewing all policies and procedures and is watching the situation in Europe closely.

Following the Sept. 11, 2001 terrorist attacks, U.S. airlines revamped their policies regarding staffing in the cockpit. But the procedure is not standard in Europe or Canada.

Some European airlines, like Finnair and Czech national airline CSA, operate under similar procedures. But many others did not prior to Tuesday's Germanwings crash.

European investigators said Germanwings co-pilot Andreas Lubitz barricaded himself inside the cockpit of the Airbus jetliner and deliberately crashed it into a mountainside, killing all 150 passengers and crew aboard.

Norwegian spokeswoman Charlotte Holmbergh-Jacobsson said the new rules will be adopted "as soon as possible" on all commercial flights globally. She said that the airline's security department had been thinking about the measure for a while, and today decided on it.

Air Canada, Canada's largest airline, said it will implement the policy change "without delay". The country's other airlines, Westjet and Transat, also said it would make the change immediately. Porter airlines said it policy has always been to have at least two crew in the flight deck at all times. EasyJet said its new rules will take effect Friday.
Last Update: Mar 26, 2015 11:43 pm
RELATED TOPICS