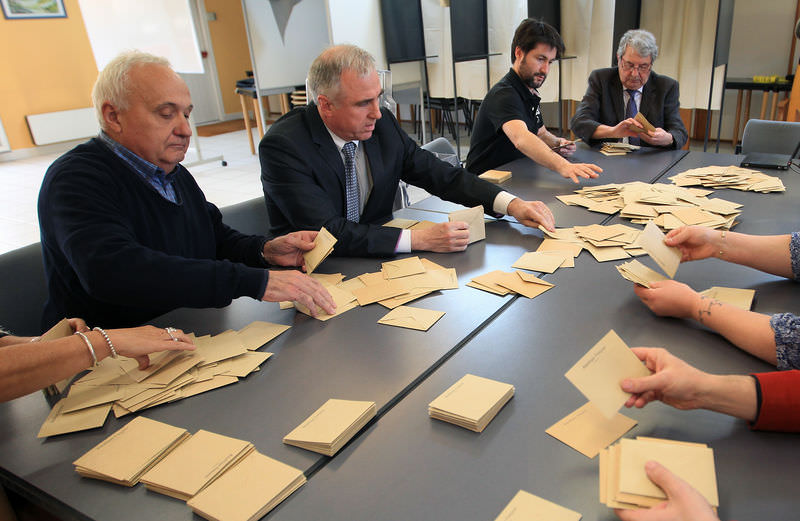 by Mar 29, 2015 12:00 am
The ruling Socialists suffered a major blow in France's run-off local polls on Sunday as the centre-right alliance of former president Nicolas Sarkozy won a sizeable victory.

Early results indicated Sarkozy's coalition had taken between 64 and 70 councils, while combined left-wing parties took between 27 and 37, according to projections from Ipsos and CSA polling firms.

The far-right Front National (FN), led by Marine Le Pen, won a large number of seats but it was unclear whether it had won its first full council, according to the early projections.

The FN, which has enjoyed considerable electoral success in recent months in France, won between zero and two local councils, the projections showed.

The vote was seen as a key test of the French political landscape only two years ahead of presidential elections.

Prime Minister Manuel Valls acknowledged that the leftist Socialists had suffered a "setback" in the elections and stressed that the FN's score was "far too high."

Valls vowed to "redouble" the government's efforts to pep up the French economy, the second biggest in the eurozone.

A jubilant Sarkozy told cheering supporters: "Never ... has our political family won so many councils."

He said the result showed the French people had "massively rejected the policies of (President) Francois Hollande and his government."

Around half the electorate took part in Sunday's vote for "departmental" governments that manage school and welfare budgets. Despite the widespread thirst for change, the Socialists did better than expected in the first round, taking 21.8 percent of the vote. But they were cleaned out in the second round, losing around half of the 61 councils they previously held.