Pope Francis holds service for Armenians who died in 1915 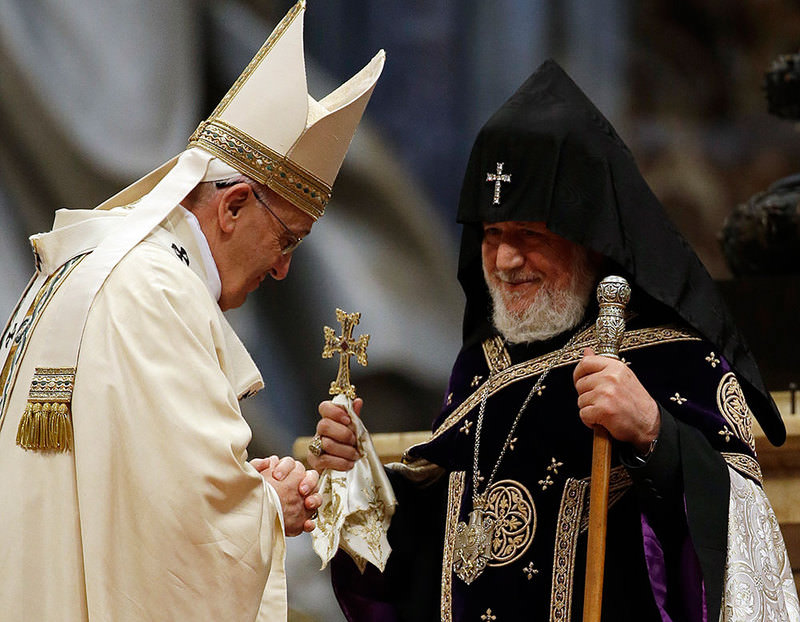 by Anadolu Agency Apr 12, 2015 12:00 am
Pope Francis has held a service in Vatican City for Armenians who lost their lives in the 1915 incidents.

The spiritual leader of the world's estimated one billion Catholics held a rite lasting about one-and-a-half hours at St. Peter Basilica on Sunday.

"The first 'genocide' of the 20th century struck Armenians," the Pope said.

Armenian President Serzh Sargsyan; Catholicos Karekin II, the current Catholicos of All Armenians and also the supreme head of the Armenian Apostolic Church, and Aram I Keshishian, the head of the Catholicosate of the Great House of Cilicia, also attended the rite.

The Ottoman Empire relocated Armenians in eastern Anatolia following the revolts and there were some Armenian casualties during the relocation process.

Turkey agrees that there were certainly Armenian casualties during World War I, but that it is impossible to define these incidents as "genocide".