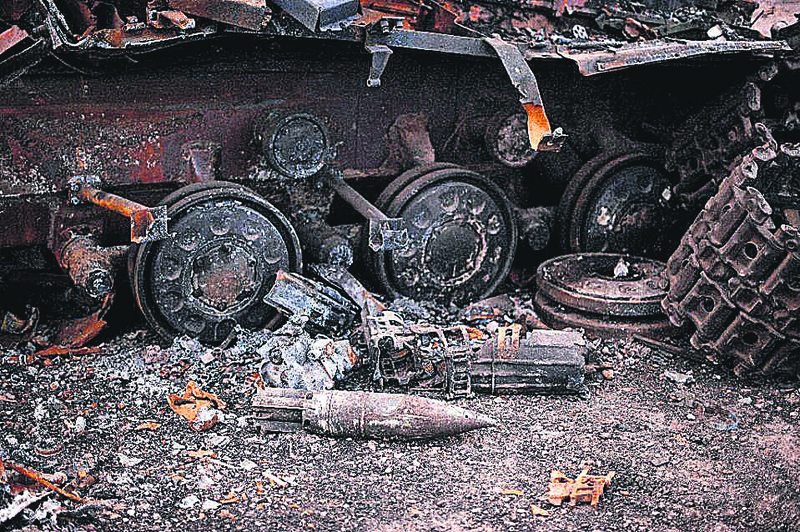 NATO has accused Russia of providing more weapons and troops to the separatists battling against Ukrainian troops in the hope of gaining independence, despite the cease-fire agreement reached in Minsk

NATO believes that Russia has supplied more troops and weapons to pro-Russian separatists in east Ukraine, a German newspaper reported on Sunday. "We have noticed again support for the separatists, with weapons, troops and training. Russia is still sending troops and arms from one side of the open border with Ukraine to the other," a NATO official, who was not named, told the Frankfurter Allgemeine Zeitung. Such acts would violate the Minsk peace accords, which are supposed to end the fighting in Ukraine.

The accusations emerge as the foreign ministers of Ukraine, Russia, Germany and France are set to meet on Monday in Berlin to assess the implementation of the Minsk accords. The situation in Ukraine remains tense, with frequent violations of the peace deal. The Organization for Security and Cooperation in Europe (OSCE) has sent monitors to east Ukraine but demanded this week that both Ukraine's pro-Russian separatists and its regular army stop intimidating or restricting the movements of the organization's 400 monitors.

The Verkhovna Rada (Ukraine parliament) passed a law granting self-rule to the rebel-held region last month in order to apply special administrative policies to the rebel-controlled parts of the country. The pro-Russian rebels and Moscow government rejected the special status law, which would only come into effect after the local elections take place, under the supervision of international observation, as they seek full independence rather than becoming a federal state within the central government.

Ukraine pledged more autonomy to the rebellious east in September 2014, introducing a bill on the separatists' autonomy under the special status law. The third point of the first 12-point protocol agreement signed on Sept. 5, 2015 stated, "Conduct decentralization of power, including through approval of the Law of Ukraine 'On temporary order of local self-government in certain districts of Donetsk and Luhansk regions'," in order to grant special status to the local self-governments in some parts of the east of the country.

The self-proclaimed people's republics in the eastern Donetsk and Luhansk regions have been seeking independence since they declared their autonomy in May, but the Ukrainian government has ruled out granting independence to the mainly Russian-speaking region. President Poroshenko has long rejected any possible federalization or secession of Ukrainian land, as the Minsk accords on the status of eastern Ukraine promises only granting "special status." Even if Ukraine becomes federalized, the Kiev government would never give up control over the local security forces and elections for governors. In the face of partial independence from the central government, the separatists want full independence from Kiev or union with Russia. A federal Ukrainian government and local self-government in the east would not serve their interest as they want to be the sole authority over the region where they have been battling government troops for almost one year.

However, last week with the Kiev government's efforts unable to put an end to the violence in the rebellious east, Ukraine President Petro Poroshenko is prepared to put the question of federalization to a referendum as a way to end the crisis. The unity of Ukraine has been severely tested by Russia's annexation of the Crimean Peninsula and ongoing fighting against pro-Russian separatists.

As the heavy clashes continue unabated in eastern Ukraine, more than 5,358 people have been reportedly killed and 12,235 injured, according to U.N. figures released in early March. The death toll continues to rise. More than two million Ukrainians have been forcibly displaced due to worsening humanitarian conditions in rebel-held areas. The shaky Feb. 12 cease-fire agreement is generally holding in violence-stricken eastern Ukraine. However, breaches of the renewed Minsk Accord have been widely reported, demonstrating that the months-long crisis in Ukraine's east has yet to be resolved despite a series of mediating talks and peace efforts.
Last Update: Apr 12, 2015 9:02 pm
RELATED TOPICS