At least 15 killed and hundreds injured in Siberia wildfire 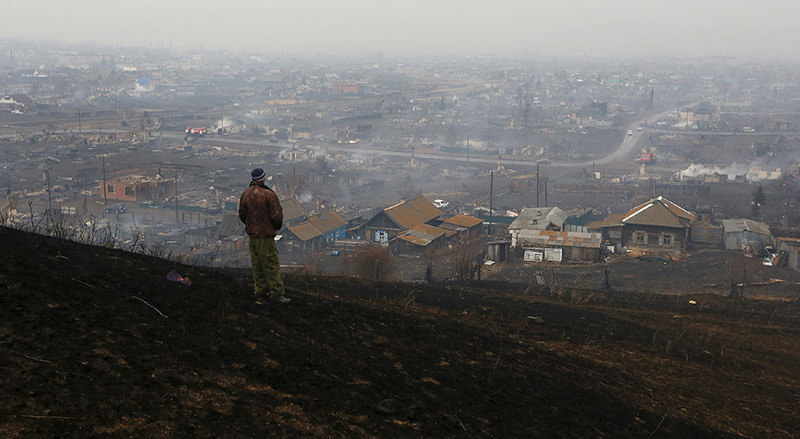 | Reuters Photo
by Daily Sabah with Reuters Apr 13, 2015 12:00 am
A massive fire in the southern Siberia region of Khakassia has killed 15 people and caused damage worth at least $96 million, the region's leader said on Monday.

A total of 77 people have been hospitalized, of which 11 are in a serious condition, while it has been reported that over 480 have been injured.

A primary school, other public infrastructure and private homes have been damaged or destroyed and some cattle have been killed, he said, adding that the initial cost of damages was at least five billion roubles ($96 million).

Wildfires in Russia often start when locals set grass on fire on rolling fields to clean them up after the winter, a widespread practice criticized by environmentalists as well as state officials.
Wildfires in the hot summer of 2010 caused dozens of deaths in Russia. Some scientists and environmentalists suggest that the number of indirect deaths caused by the heat wave and wildfires of five years ago may have been much higher.
Last Update: Apr 13, 2015 11:49 am
RELATED TOPICS