Save the Children: ‘Every migrant child’s death is a stain on Europe’s conscience’ 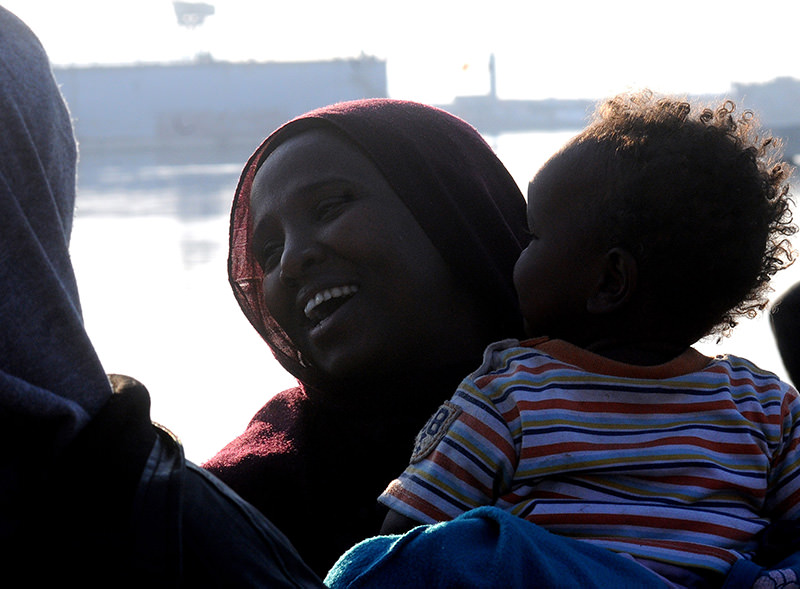 A migrant carries her baby as she smiles after disembarking from an Italian Coast Guard ship in the harbor of Palermo, Sicily, southern Italy, Tuesday, April 14, 2015 (AP Photo)
by daily sabah Apr 16, 2015 12:00 am
The British charity Save the Children, who are working on children rights on an international scale, has announced on Thursday that it will launch a new campaign called "restart the rescue", calling on British political parties to press for search and rescue operations to be put on the EU agenda.

The charity also called on British leaders to "develop a long-term plan to tackle the drivers of children on the move and ensure these children are protected".

Save the Children made a statement, saying "restart the rescue" campaign was prepared after around 400 refugees, most of them children, died when the migrant boat, going to Italy from Libya, sank off in Mediterranean on Tuesday.

Justin Forsyth, the head of the charity, said: "Our political leaders cannot ignore the fact that without search and rescue we are allowing thousands of innocent children and their families to drown off the coast of Europe.

"Whoever makes the up the next Government has a moral obligation to work with the EU to restart the rescue. Every migrant child's death is a stain on Europe's conscience. How many thousands must die this summer before Europe acts?"

The statement included a part where a 17-year-old Eritrean boy, who had arrived in Italy in the recent migrant upsurge, described his journey which was full of atrocities by human smugglers.

"In Libya we only ate once a day. We stopped near Benghazi for a month. We were continuously beaten up, in some cases with iron bars. On the road to Tripoli, you could see the wrecks of cars burnt by fundamentalist groups. They made you call home, saying you were dying, and in the meantime they beat you up so that your family could hear the screams."
Last Update: Apr 16, 2015 4:23 pm
RELATED TOPICS