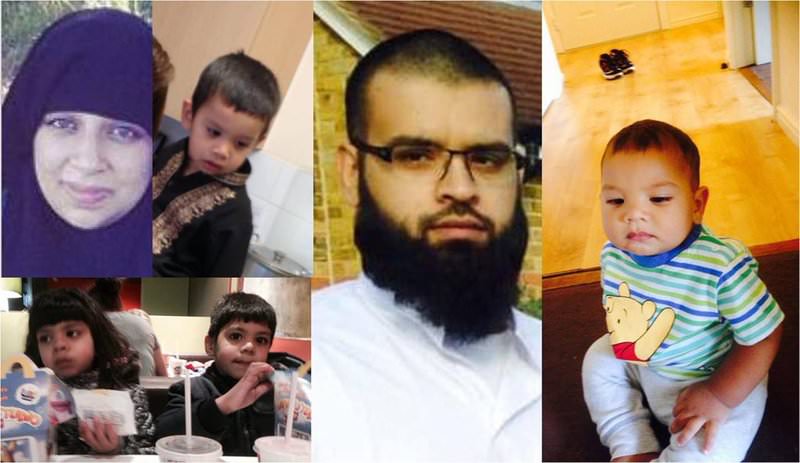 | EPA Photo
by Daily Sabah with AA Apr 19, 2015 12:00 am
UK police warned that a British Muslim couple, along with their four young children, may be on their way to Syria to join the self-proclaimed Islamic State of Iraq and al-Sham (ISIS), an official statement said on Sunday.

The British Thames Valley Police launched an appeal for information on the family.

According to the police's official statement, the family lived in Slough, a local government district in southern England's Buckinghamshire. The missing family members were named as Asif Malik, 31, his partner Sara Kiran, 29, and their three boys and a girl: Zoha Malik, 7, Essa Malik, 4, Zakariva Malik, 2, and Yahya Malik, 1.

The family was last seen on April 7 and were reported missing to the police April 16.

"Asif and Sara left Slough without mentioning any holiday or travel plans to family members, which is entirely out of character for the family," the statement said.

Police believe the family might have travelled through Budapest, Hungary, on or around April 12.

Given the online rhetoric from ISIS encouraging people to travel to Syria and the direction of concerns voiced by Malik's family, the Thames Valley Police is concerned the family may be seeking to travel to Syria, the statement said.

"We are reaching out to Asif and Sara, in hope that they hear our messages and we encourage them to contact us so we can return them safely to their families who are extremely worried about them," Campbell added.

Thousands of foreigners from all over the world are believed to have joined terrorist organizations, including ISIS, in Syria and Iraq.
Last Update: Apr 20, 2015 1:07 pm
RELATED TOPICS