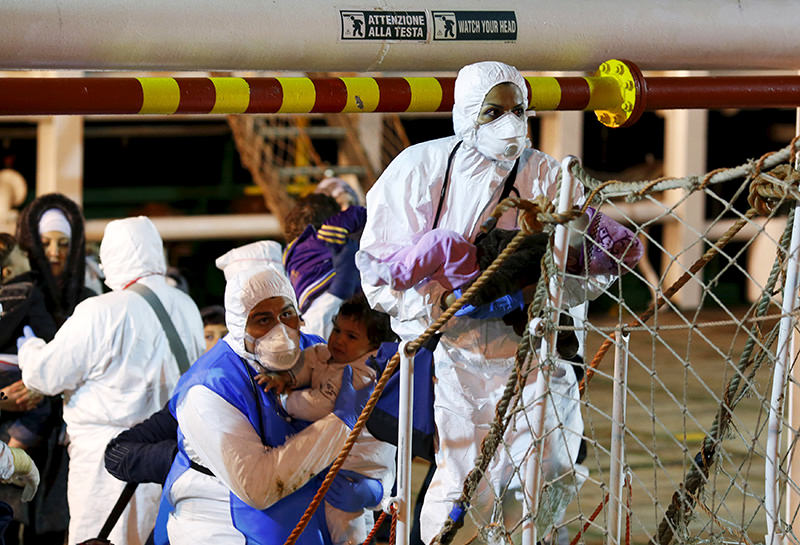 Rescuers help children to disembark in the Sicilian harbor of Pozzallo, Italy, early Monday, April 20, 2015 (AP Photo)
by French Press Agency - AFP Apr 20, 2015 12:00 am
The International Organisation for Migration said on Monday that they have received another distress signal from the Mediterranean Sea.

IOM's Rome office has received a call for help from one of three boats floating near each other in international waters, spokesman Joel Millman said.

"The caller said that there are over 300 people on his boat and it is already sinking (and) he has already reported fatalities, 20 at least," his colleague in Rome Federico Soda wrote in an email.
Soda said the organisation had contacted the coast guard with the coordinates for the vessels, but "they do not have the assets to conduct these rescues right now."

"The weekend incident has tied up a lot of resources," he said, referring to the latest migrant tragedy on Sunday when some 700 people were feared killed after a boat capsized off Libya.

"The coast guard will probably try to redirect commercial ships to the area," he added.

The announcement came as European Union interior and foreign ministers were due to meet to discuss the latest migrant tragedies.