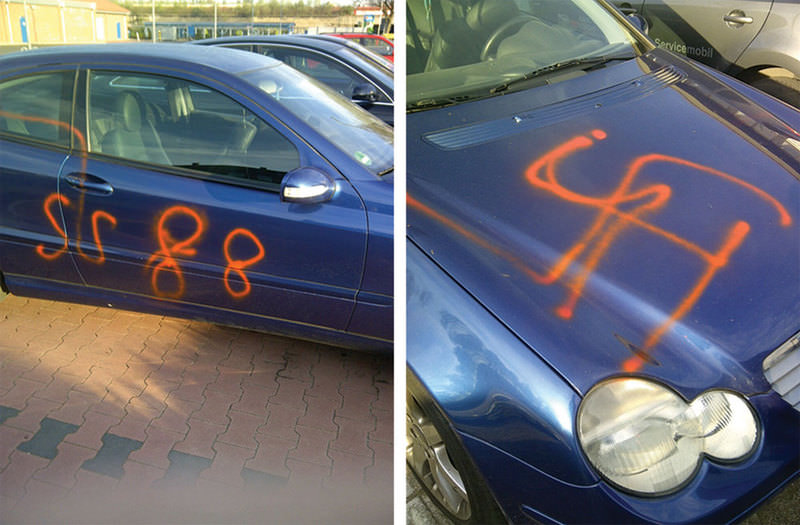 Ersoy pointed out that his car was parked in front of his home and that the attack coincided with Adolf Hitler's birthday. He said he would not be intimidated by such attacks.

Ersoy said he had filed a complaint to German police. The police have stated that they are looking for eyewitnesses.