Bulgarian parliament refrains from using 'genocide' to refer to 1915 events 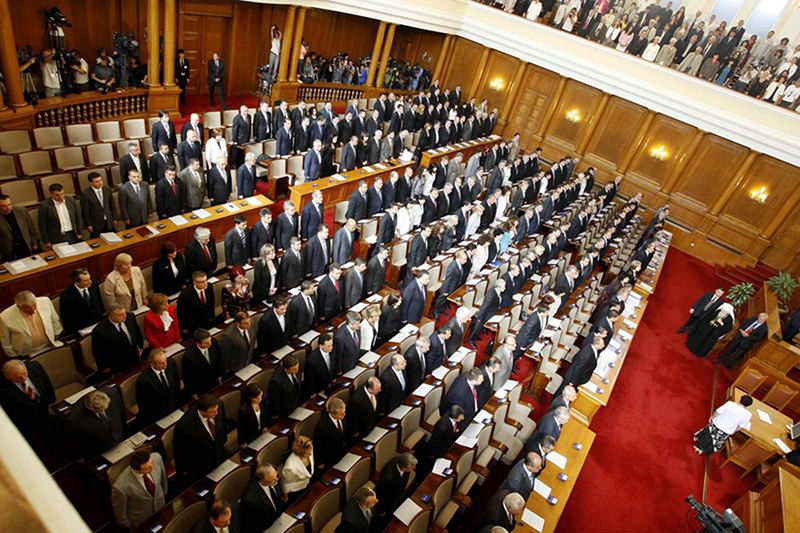 | Reuters photo
by Compiled from Wire Services Apr 24, 2015 12:00 am
Bulgaria's parliament refrained from referring to the 1915 events as genocide and instead chose to refer to them as a "massacre" for the first time on Friday.

The special declaration approved by parliament in a 157-36 vote condemned the World War I killings as a "massacre" while highlighting the difference between the former Ottoman Empire and modern Turkey.

All those MPs who voted against were from the Movement for Rights and Freedoms party, which represents the EU member state's 800,000-strong Turkish minority.

"History is history, victims are victims and this day has to be honored in their memory," Prime Minister Boyko Borisov said before the vote.

"I hope that the clear differentiation between the Ottoman Empire and nowadays Turkey and the unquestionable fact that people were killed will be taken into account by the Turkish government," he added.

More than 20 nations -- including France and Russia but not the United States -- have recognized the killing of up to 1.5 million Armenians as "genocide", but Bulgaria has on several occasions refused to use the same label.

Turkey has said up to 500,000 people were killed, but mostly due to war and starvation, and rejects the use of the term "genocide".
Turkey is hosting world leaders on Friday to commemorate the centenary of the World War I battle of Gallipoli, sending out a message of reconciliation.

Turkey has called for the establishment of a joint commission of historians and the opening of archives to study and uncover what happened between the Ottoman Empire and its Armenian citizens.