Air pollution in Europe costs 1.6 trillion dollars a year: WHO 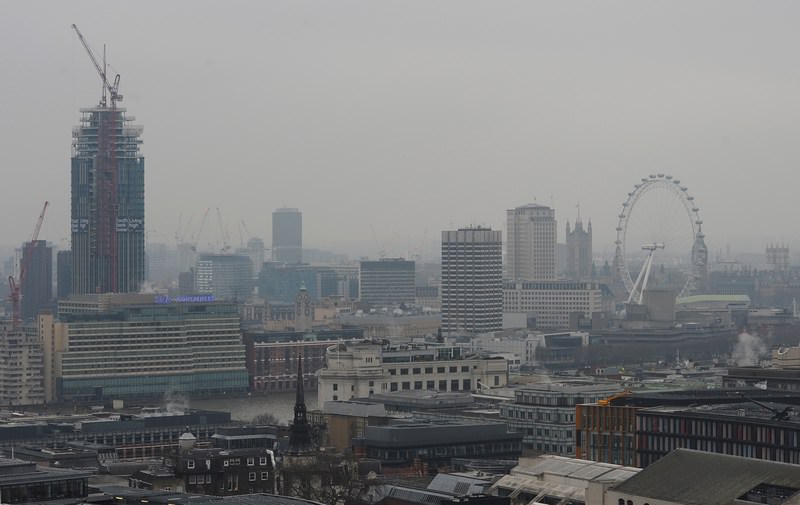 A toxic air pollution cloud blew over Britain on Thursday causing potential health problems for vulnerable people as the country struggles to meet its clean air targets (AFP Photo)
by German Press Agency - DPA Apr 28, 2015 12:00 am
Air pollution in Europe causes illnesses and hundreds of thousands of deaths, costing the continent's governments a combined 1.6 trillion dollars each year, the World Health Organization (WHO) said on Tuesday.

This corresponded to nearly a tenth of the European Union's gross domestic product (GDP) in 2012, the WHO Regional Office for Europe said in the first such study for the region.

The Copenhagen-based office estimates that 600,000 people died prematurely in 53 European countries in 2010 due to fine particles emitted by vehicles and industries and from burning fuels in homes.

"The evidence we have provides decision makers across the whole of government with a compelling reason to act," said WHO Europe chief Zsuzsanna Jakab.

Dirty air is responsible for the largest relative economic damage in Eastern Europe.

In Georgia, costs linked to premature deaths from air pollution correspond to 35 per cent of GDP, putting it at the top among European countries in this regard.

Serbia, Bulgaria, Ukraine and Kyrgyzstan also face costs of between a third and a quarter of their economic production due to pollution.

Nine out of ten Europeans are exposed to a concentration of pollution particles outdoors above WHO guidelines. In addition, indoor pollution is also a problem, especially in countries with lower incomes.
Last Update: Apr 28, 2015 7:02 pm
RELATED TOPICS