Four arrested in alleged plot to attack mosques in Germany 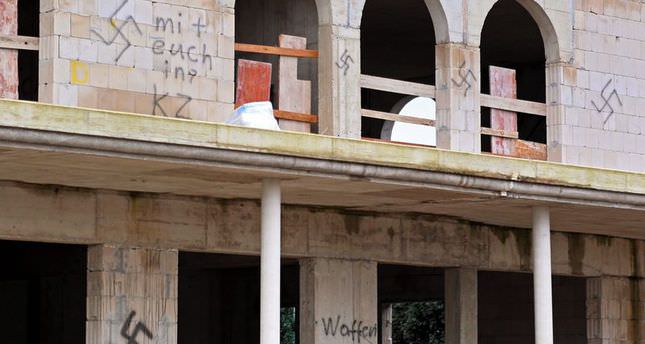 by Compiled from Wire Services May 06, 2015 12:00 am
German police on Wednesday arrested four people accused of founding a right-wing extremist group to attack mosques and asylum seeker centers.

Police arrested three men and a woman accused of leading the group during raids by some 250 investigators on homes in Saxony and four other states, the federal prosecutor's office said in a statement.

The four arrested, identified only as Andreas H., 56, Markus W., 39, Denise Vanessa G., 22, and Olaf O., 47, are being held on terrorism charges and are also accused of having procured explosives.

The statement identified Andreas H. and Markus W. as the group's president and vice president.

The prosecutor's office said investigators were examining material seized during the raids to uncover specific targets.

"According to current investigations, it was the group's goal to conduct attacks in smaller groups inside Germany on well-known Salafists, mosques and asylum-seeker centers," the statement said. "For this purpose the four arrested procured explosives for possible terror attacks by the group."

The security services in Germany have intensified their focus on far-right groups in recent years following the failure to prevent a series of murders by a group called the National Socialist Underground between 2000 and 2007.

The gang killed eight Turkish migrants, a Greek worker and a German police officer in a campaign that failed to arouse suspicions.

The public first heard of the group in November 2011, when two members died in an apparent suicide pact following an unsuccessful bank robbery. The third member, Beate Zchaepe, is currently on trial.

Anti-migrant sentiment has increased in Germany in recent months, with thousands attending marches in Dresden organized by Pegida, a right-wing anti-Islam group.