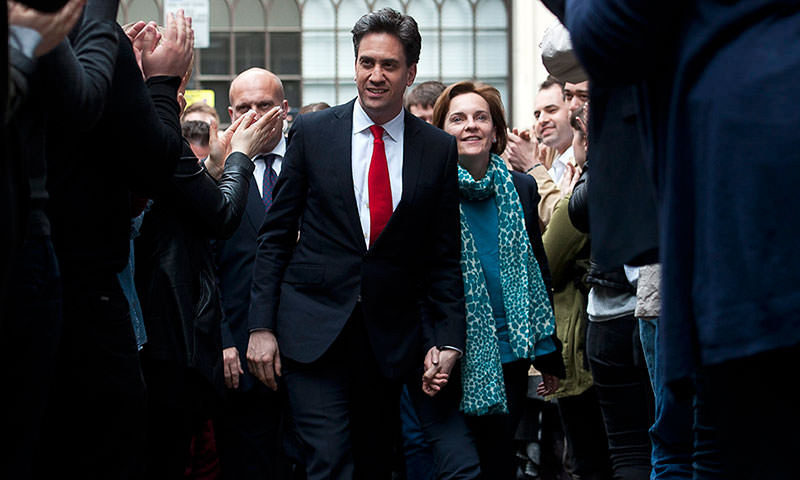 Opposition Labour leader Ed Miliband (L) and his wife Justine Thornton (R) arrive at Labour Party headquarters in Central London, Britain, 08 May 2015 (EPA Photo)
by Anadolu Agency May 08, 2015 12:00 am
Ed Miliband has stepped down as the main opposition leader after the Labour Party suffered a crushing election defeat in the UK's general election.

His party suffered electoral annihilation in Scotland at the hands of Scottish nationalists.

He said: "I am truly sorry I did not succeed."

"This party has come back before and will come back again."

His comments came shortly before the center-right Conservative Party crossed the 326-seat threshold necessary to win the general election with a majority.

The left-wing separatist Scottish National Party, running on a left-of-Labour and anti-austerity platform, won 56 of the 59 available seats in Labor's traditional Scottish heartland.

Labour's shadow foreign secretary Douglas Alexander, who was also in charge of Labour general election campaign, lost his seat to 20-year-old SNP student Mhairi Black, who is yet to take her final university exam.

Kirkcaldy, the seat of former Labour Prime Minister Gordon Brown, who was not running for re-election, was also swallowed by the SNP juggernaut.

The swings were sensational as Labour lost 40 of the 41 Scottish seats they won in 2010.

The largest swing in any seat in the 2010 general election was 21.9 percent but, by 03.00GMT, the SNP had broken the figure 12 fold, with Labour-seat Glenrothes going to the SNP by virtue of a titanic 34.9 percent swing.

"Defeats are hard, but we're a party that will never stop fighting for the working people of this country," Miliband said in a statement before his resignation speech.

He was the third opposition party leader to stand down within an hour, after centrist Liberal Democrats leader Nick Clegg and right-wing UKIP leader Nigel Farage both stepped down following similarly disappointing poll results. 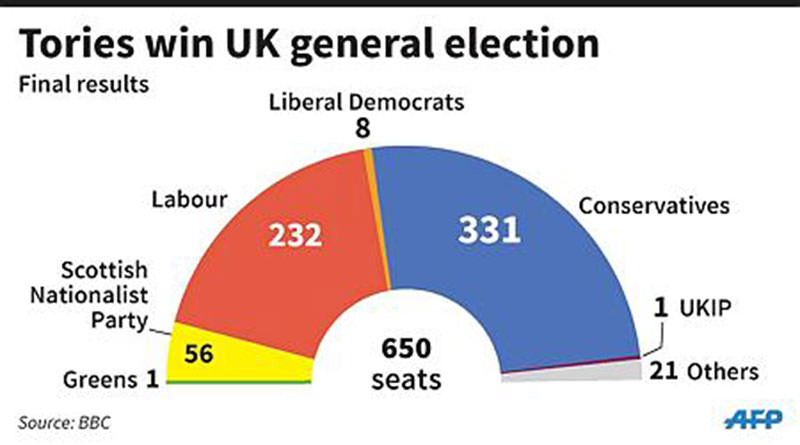