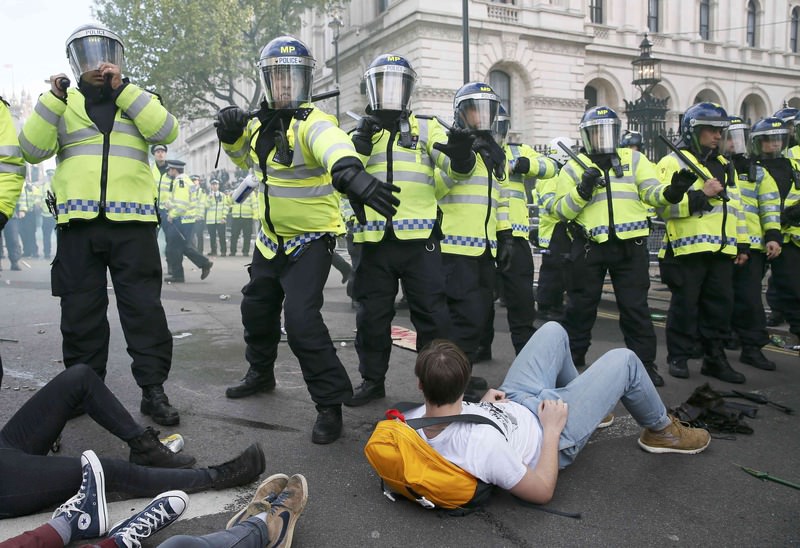 by May 09, 2015 12:00 am
Protesters threw bottles, cans and smoke bombs at riot police in central London on Saturday in a demonstration against the victory of Britain's Conservative Prime Minister David Cameron.

Scuffles broke out when the demonstrators, blaring hooters, banging pots and chanting obscenities, confronted lines of police outside the gate leading to the prime minister's Downing Street residence. At one point a bicycle was hurled at police. 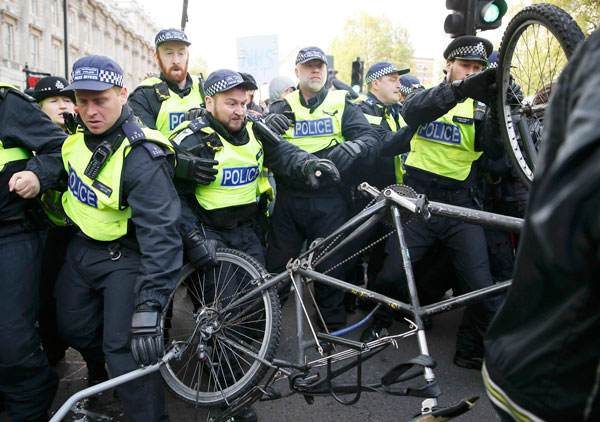 A Reuters photographer estimated that a couple of hundred people took part in the protest, including a group of about 25 black-clad youths with sunglasses and face masks. He said police briefly closed the central Whitehall avenue to traffic but later reopened it and surrounded the last remaining group of several dozen protesters.

Cameron, whose government has enacted tough spending cuts to bring down the budget deficit and promised more to come, won a second five-year term in Thursday's election with an outright majority in parliament.