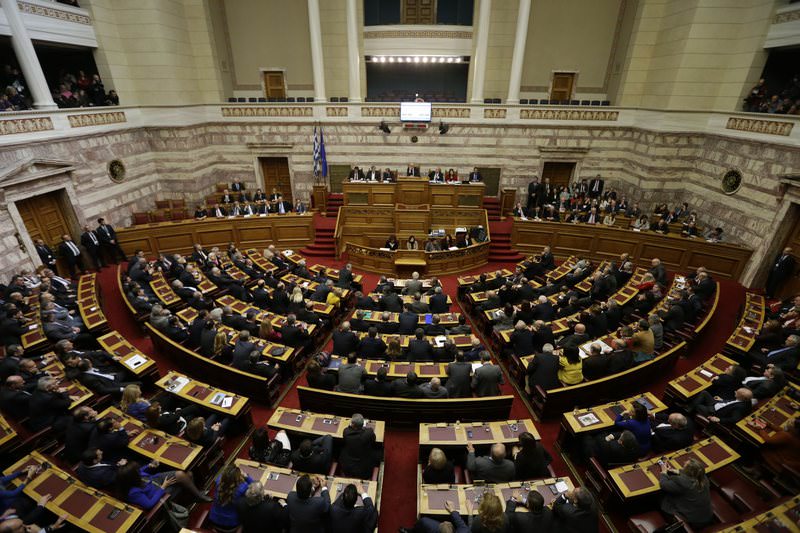 by Daily Sabah May 13, 2015 12:00 am
The Greek Parliament passed an amendment on Tuesday that allows the construction of a mosque in Athens despite the junior coalition partner Independent Greeks (ANEL)'s opposition.

The SYRIZA-backed amendment caused the first rift in the Greek coalition as the ANEL MPs voted against it and called building the mosque "unacceptable and provocative".

However, the amendment passed parliament with the support of opposition parties, the New Democracy and the Panhellenic Socialist Movement (PASOK).

The mosque is planned to be constructed in Votanikos area in Athens.

Athens has not had a formal mosque since the Ottomans formally accepted Greek independence in 1832 and the country has been criticized by human rights groups such as Amnesty International for being one of the few European capitals without one.
Last Update: May 14, 2015 11:25 am
RELATED TOPICS