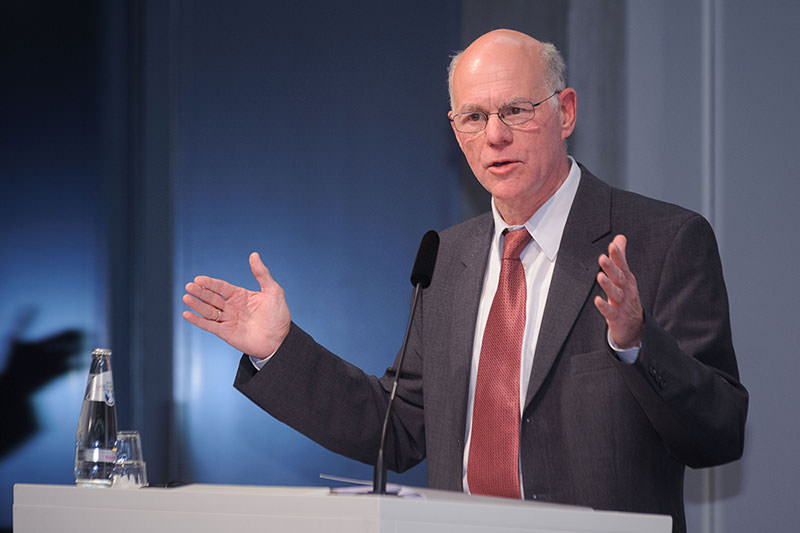 by Anadolu Agency May 20, 2015 12:00 am
German Parliament Speaker Norbert Lammert announced Tuesday that he has cancelled a planned meeting with Egyptian President Abdel Fattah el-Sissi during his planned visit to Berlin next month, due to human rights violations in Egypt.

Lammert's office said in a written statement that the parliament speaker has informed Egyptian embassy in Berlin about his decision not to meet el-Sissi during a visit scheduled for early June.

"Despite expectations from Egypt to schedule a date for the long-awaited parliamentary elections, what we are witnessing in recent months is systematic persecution of opposition groups, mass arrests, convictions to lengthy prison terms and an incredible number of death sentences, which include former parliament speaker al-Katatni," the statement said.

"Given this situation, which contributes neither to domestic peace nor to the democratization of the country, Lammert sees for the time being no ground for a meeting with President el-Sissi," it added.

On Saturday, an Egyptian court referred 122 out 166 defendants -- including Egypt's first elected president Mohamed Morsi -- to the grand mufti to consider possible death sentences against them over charges of involvement in espionage and a mass jailbreak during Egypt's 2011 revolution.

Egypt, however, considers condemnations from Germany as well as several international rights organizations over the death sentences as "interference in judicial affairs."

"The countries that commented on the verdicts have violated all international treaties that stipulate respecting the sovereignty of states and non-interference in internal affairs," Egypt's Justice Ministry said in a statement on Tuesday.