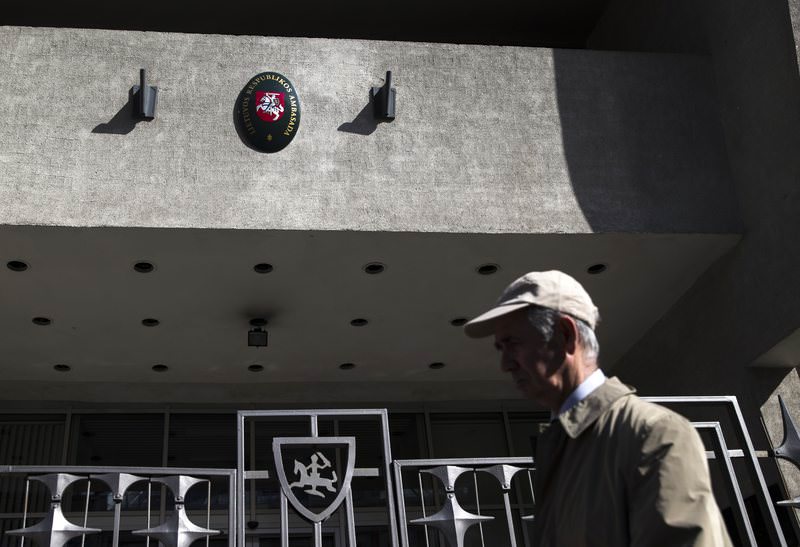 by Associated Press May 21, 2015 12:00 am
Russia has arrested a Lithuanian man suspected of spying, a move that comes only weeks after the arrest of an alleged Russian spy in Lithuania. Russia's Federal Security Service, the main KGB successor agency known under its Russian acronym FSB, said the suspect was caught Tuesday in Moscow while receiving classified documents from a Russian man. In a statement Wednesday, the agency said the suspect admitted being an officer from Lithuania's military intelligence and was put into Moscow's Lefortovo jail.

The agency wouldn't say what happened to the Russian man who handed over the documents, or offer further details.

The Lefortovo District Court in Moscow identified the arrested suspect as Arstidas Tamosaitis.

The arrest is the latest in a series of spy cases amid tensions between Russia and the West over Russia's actions in Ukraine.

Lithuanian Foreign Minister Linas Linkevicius said Russia told its embassy in Moscow about the arrest and officials will seek a meeting with the suspect and further details from Moscow. The ministry's spokesman, Kestutis Vaskelevicius told The Associated Press that Lithuania was unable to confirm the man's identity or his employer.

The arrest comes only weeks after a Russian citizen was detained in Lithuania on suspicions of having spied for the FSB. Vaskelevicius confirmed the case but did not want to "speculate about the linkage between the two."