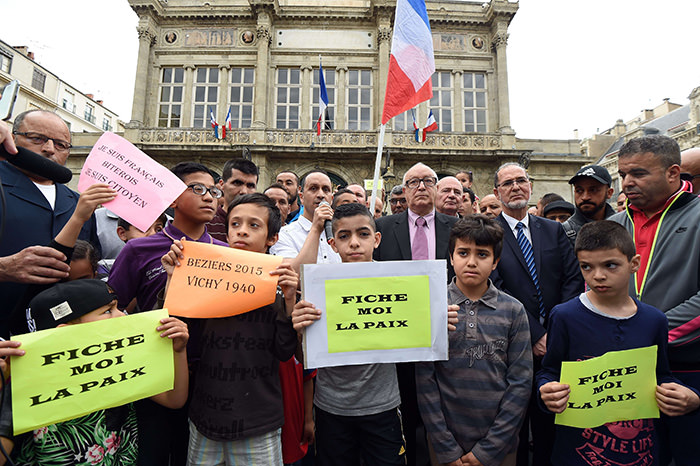 by Begüm Tunakan May 22, 2015 12:00 am
The freedom of the press in France was severely violated by the far-right mayor of the southern town of Beziers, Robert Menard, after two French journalists were ejected by the mayor who criticized the content of articles devoted to him and the journalists themselves in the pages of the French local daily Midi Libre. The two journalists were appointed by le Club de la presse du Languedoc-Roussillon, a regional press club, to meet Menard in order to ease the tension between him and the local media. "No discussion is possible, since Robert Menard immediately sent the two journalists to hell," the press club said, denouncing the mayor's actions as "unacceptable" and "a serious attack on democratic values," as reported by French newspaper Liberation. The mayor called the two local journalists "losers."

Menard, a former head of the journalism group Reporters without Borders, became the National Front (FN) mayor of Beziers in the south of France in April 2014. He has been heavily criticized with 58 percent of the town's people believe that their FN mayors have used "sectarian" policies, according to an exclusive poll conducted by Ifop-Fiducial for the French magazine Paris Match in March before the local elections took place. The mayor is widely known for introducing a curfew for those less than 13 years of age and banning laundry from balconies, as reported by the British newspaper The Guardian.

Earlier this month, France was shaken by a scandal concerning ethnic and racial profiling of Muslims perpetrated by the same mayor. Menard confessed that he kept files on the number of Muslim students in his town. Speaking on France 2, he claimed he had statistical information on the religious affiliations of students enrolled in schools in his town, claiming that 64.6 percent of them were Muslim. The illegal act of filing information on students came under fire from French political leaders. French Minister of Education Najat Vallaud-Belkacem said that the mayor's act was "deeply anti-Republican," and that "filing is illegal for a mayor who represents the state in his town." French Prime Minister Manuel Valls said: "The Republic makes no distinction among its children." A preliminary investigation into whether the town was keeping count of the number of Muslim pupils was launched by a local prosecutor. The town of Beziers, however, has denied keeping files on Muslim students. Keeping personal information and files is prohibited by a 1978 law.
Last Update: May 22, 2015 10:00 pm
RELATED TOPICS