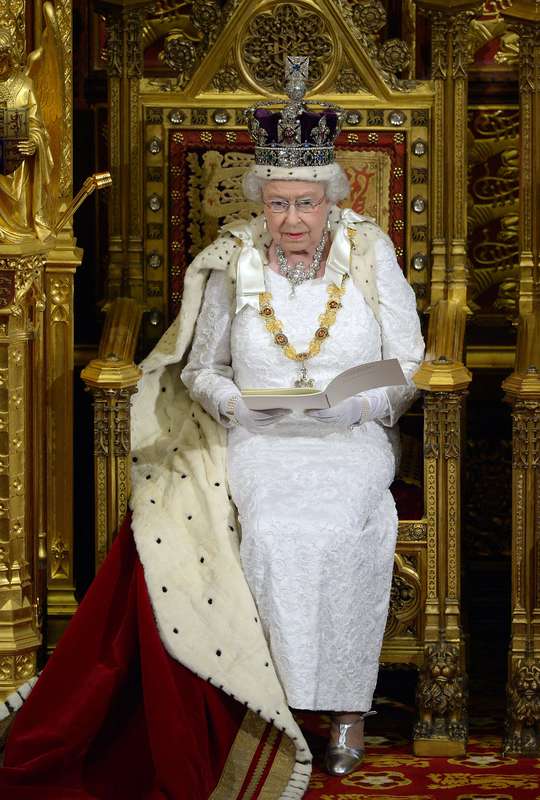 by May 27, 2015 12:00 am
Britain's Queen Elizabeth will set out the government's plans for a European Union membership referendum on Wednesday as Prime Minister David Cameron faces pressure to explain when it will be held and what changes to the EU he wants before then.

Cameron, who says he would prefer to stay inside a reformed EU but isn't "ruling anything out" if it fails to change, was re-elected on May 7 on a pledge to reshape ties with the bloc before allowing Britons to vote on whether to stay or leave.

Queen Elizabeth, 89, will detail the plans in a speech written for her by Cameron's government as she opens parliament with an annual display of pomp.

She will say the new Conservative government plans to pass a law in its first year that would allow the referendum to occur by the end of 2017.

In a gesture meant to underscore Cameron's seriousness, the law will be introduced into parliament just a day later, on Thursday, as Cameron embarks on a European tour to try to charm sometimes reluctant counterparts into backing EU reform. It will include talks with French President Francois Hollande in Paris and German Chancellor Angela Merkel in Berlin.

Cameron has said he would be ready to hold the referendum before 2017 if he completes the renegotiation early, something some pro-EU campaigners advocate. But he is under pressure from some Eurosceptic lawmakers who want him to ask for more and to take his time.

"I think we need a proper grown-up debate - it's the most important constitutional issue of my lifetime. It's something that we should properly take our time over," Liam Fox, a senior Conservative and a former defence secretary, told BBC radio.

Some EU politicians have complained they don't know enough, beyond what they say are broad and nebulous goals, about what it is Cameron wants to change. He says he wants to decouple Britain from the EU's aim of "ever closer union" and to be able to restrict EU migrants' access to Britain's welfare system.

Cameron is adamant that such changes would require re-opening the EU's founding treaties, something countries such as France are opposed to.

In a potential setback for the prime minister, a Franco-German paper seen by Reuters shows the two countries have agreed plans to strengthen cooperation among the 19 countries using the euro, without changing existing treaties.

The blueprint would bolster the euro zone, of which Britain is not a member, by holding more regular summits of its leaders and strengthening the Eurogroup forum of finance ministers.

Other laws the queen will outline on Wednesday include plans to replace existing human rights law, a crackdown on illegal immigration, more powers for Scotland, and a bill preventing any rise in key taxes before 2020.