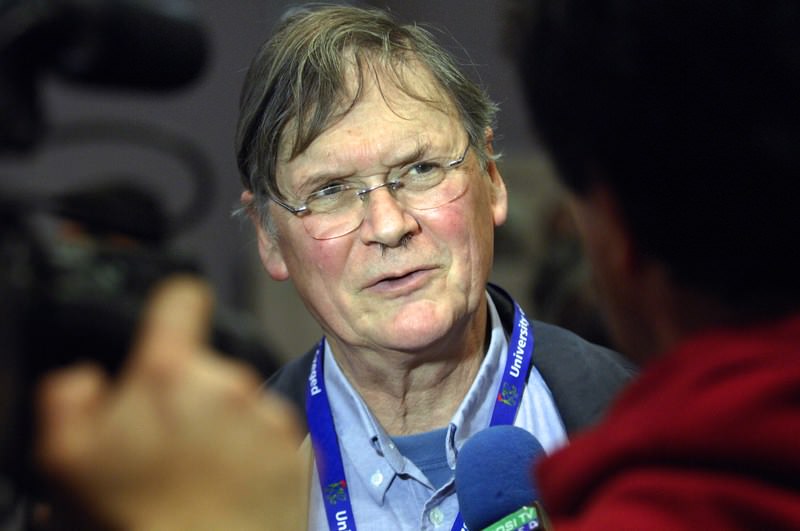 by Daily Sabah with Wires Jun 10, 2015 12:00 am
Nobel Prize-winning biochemist Tim Hunt apologised on Wednesday for offending female scientists with his comments suggesting that women 'could not take criticism without crying' and causing "emotional entanglements" which disrupted lab work.

Hunt made the remarks when addressing a convention of senior female scientists and science journalists at the World Conference of Science Journalists Conference in South Korea.

Reminding that he had a reputation for being a chauvinist, Hunt spoke at the conference talking about his 'trouble with girls'. "Three things happen when they are in the lab. You fall in love with them, they fall in love with you and when you criticise them, they cry." said the Nobel laurate in his speech.

Winning the Nobel prize in Physiology or Medicine in 2001 , 72-year-old Hunt added that he did not want to "stand in the way of women" and favored single-sex labs.

Speaking to BBC radio 4's Today program on Wednesday, Hunt said: "I'm very sorry that what I thought were light hearted ironic remarks were taken so seriously, and I'm very sorry if people took offence. I certainly did not mean to demean women, but rather be honest about my own shortcomings."

He said that "emotional entanglements made life very difficult." And that he "meant to be honest, actually."

The comments provoked reactions from many female scientists on Twitter. A woman, a postdoctoral researcher, tweeted: "For every Tim Hunt remark, there's an extra woman in science that takes an interest in feminism. Ever wonder why there are so many of us?"

His comments were also tweeted by Connie St Louis, director of the science journalism program at City University London, also attended the conference and later on tweeted about Hunt's comments saying "Really, does this Nobel laureate think we are still in Victorian times?"

Hunt won his Nobel prize with Lee Hartwell and Paul Nurse for discovering "key regulators of the cell cycle", exactly 10 years after he became a fellow member of the Royal Society in 1991.

The Royal Society immediately took a stance against Mr. Hunt and expressed their disapproval by stating that "The Royal Society believes that in order to achieve everything that it can, science needs to make the best use of the research capabilities of the entire population. Too many talented individuals do not fulfil their scientific potential because of issues such as gender and the society is committed to helping to put this right. Sir Tim Hunt was speaking as an individual and his reported comments in no way reflect the views of the Royal Society."