US wants Sweden to join NATO 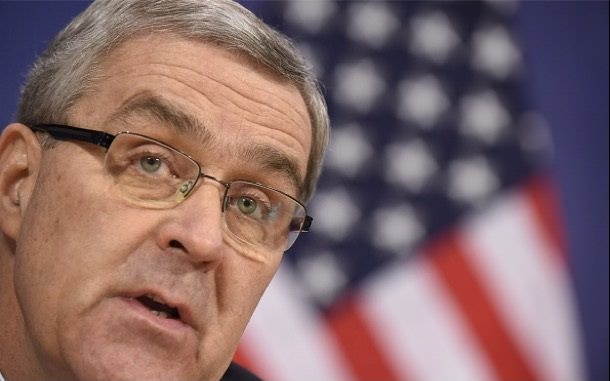 by Emre Başaran Jun 10, 2015 12:00 am
The ambassador of the U.S. to NATO, Douglas Lute said on Tuesday that Sweden will ensure itself with the support of the U.S. and NATO if it joins the pact, in an interview broadcasted by the Swedish state radio.

The ambassador added that Sweden's NATO membership will be beneficial for both parts.

"Sweden may not expect any help from the U.S. and NATO should there be any attack against it. If Sweden becomes a NATO member, it will protect itself from any attacks," stated ambassador Lute, in the news piece broadcasted by the Swedish state radio.

Stating that the Swedish army is equipped with modern weaponry, the envoy expressed that Sweden will contribute much to NATO.

He also said that he is conscious of the fact that the Swedish parliament is required to pass a bill to decide to join NATO, and added that the parliament should reach a decision, keeping in mind the benefits to be reaped by both parts.

The military exercises held to increase the defense capacity of NATO started on 1 June in the Baltic states and will continue until 20 June.