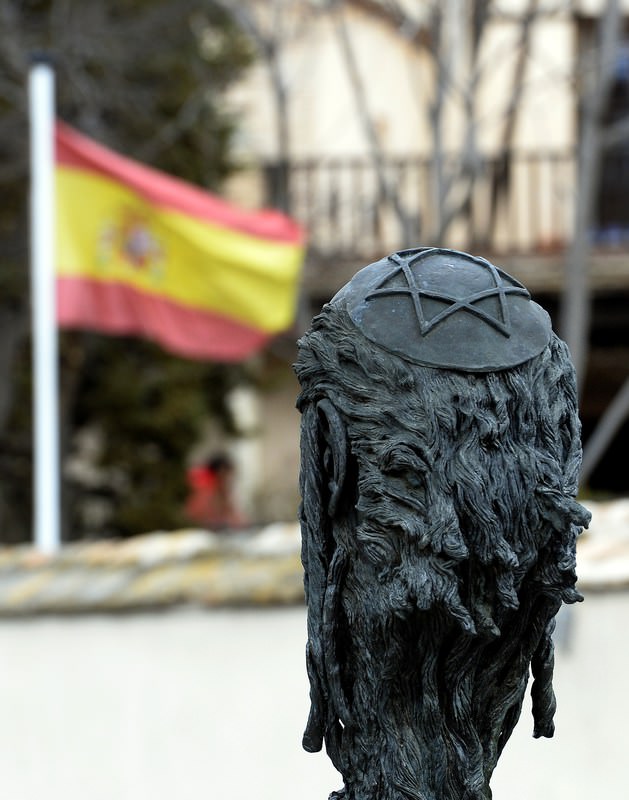 by Daily Sabah with AA Jun 11, 2015 12:00 am
Spain's lower house voted on Thursday to approve a bill to facilitate dual citizenship for Sephardic Jews who were forced to flee from Spain in 1492.

The statement released by the house, the Congress of Deputies, said the bill was carried by 224 out of 227 lawmakers.

The law, which is set to enter into force on the first of October, will make obtaining dual citizenship easier by removing the requirement of two-year residence in Spain.

According to the Spanish government, about 90,000 people will apply.

In February 2014, Spain's Justice Ministry approved a law allowing Sephardic Jews to receive Spanish citizenship while keeping that of their country of origin.

Sephardic Jews are descendants of Jews who trace their origins to the Israelite tribes of the Middle East, and settled in Sepharad, the Hebrew name for the Iberian Peninsula, later applied to Spain.

In 1492, Jews were forced to either convert to Catholicism or leave the country. It is estimated that there are 3.5 million Sephardic Jews around the world.