Greece, creditors dig in their heels on eve of meeting 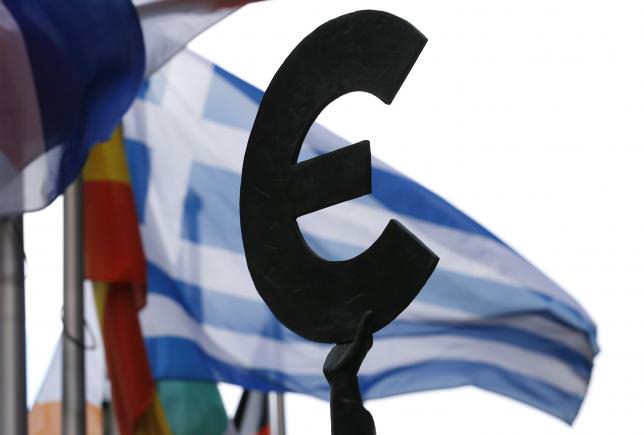 by Associated Press Jun 18, 2015 12:00 am
Greece and its creditors publicly blamed one another for an impasse in bailout talks Wednesday, on the eve of a eurozone finance ministers' meeting billed as key to their outcome.

Greek Prime Minister Alexis Tsipras lashed at rescue lenders for demanding pension cuts, and got support from thousands of Greeks who hit the streets in Athens to protest against any further austerity measures.

"If Europe insists in this incomprehensible option if its political leadership insists then they must bear the cost of developments that will not be beneficial for anyone in Europe," he said after meeting in Athens with Austrian Chancellor Werner Faymann.

Greek Finance Minister Yanis Varoufakis was defiant ahead of Thursday's meeting of finance chiefs from the eurozone. Asked during a visit to Paris on Wednesday whether the meeting could produce an agreement, Varoufakis said, "I do not believe so," and criticized the group for not making enough "preparations" to solve Greece's "incapacitating debt crisis."

Greece needs to get more loans from its creditors before June 30, when its bailout program expires and it is scheduled to make a 1.6 billion euro ($1.8 billion) debt repayment to the International Monetary Fund.

European Union officials said they have already made major concessions, dropping a budget surplus target from 3 percent to 1 percent this year.

Markets continued to react badly to the news on the talks. The Athens Stock Exchange's main index sank another 3.2 percent, while the yield on Greece's two-year bond has soared above 30 percent, a sign investors are more worried about a default.

Also Wednesday, Greece's central bank issued a dramatic warning in its annual report that, without a deal, the country would face "deep recession (and) a dramatic decline in income levels" that would drive it from the euro bloc and even the EU.

Dombrovskis conceded the EU would consider "less favorable scenarios" when asked about a possible Greek exit, or "Grexit."

Berenberg analyst Holger Schmieding said the Grexit risk has increased from 30 to 40 percent.

"With every semi-deadline that Greece misses and with every rude word that the Greek radicals hurl at their creditors, the damage already done to Greece gets worse," he said in a note. "That, in turn, makes it more difficult for lenders to negotiate and ratify a new deal."

However, White House spokesman Josh Earnest said the U.S. administration remains confident that the situation can be resolved because it is "clearly in the interests of everybody sitting around that negotiating table."

"It is possible, if they work collaboratively, essentially to lay the groundwork for a sustainable economic recovery in Greece while also implementing critically important fiscal reforms," he said.

Late Wednesday, some 7,000 people took part in a peaceful anti-austerity protest outside Parliament in central Athens, attended by senior members of the governing Syriza party. A smaller rally was held in the northern Greek city of Thessaloniki.

Economists disagree over how bad a Grexit would be for the rest of Europe. Many say the region's defenses against market turmoil have improved in recent years, while others note that nobody really knows what the impact might be and that uncertainty can be dangerous.

Jeroen Dijsselbloem, president of eurozone finance meetings, described the chances of a breakthrough on Thursday as "very small."

Those austerity measures helped reduce the public deficit but ravaged the economy and made most Greeks poorer.

An advisory committee set up in parliament by members of the government said Wednesday it had recommended the non-payment of any remaining bailout debt, describing it as "illegal, illegitimate, and odious."
Last Update: Jun 18, 2015 1:05 am
RELATED TOPICS