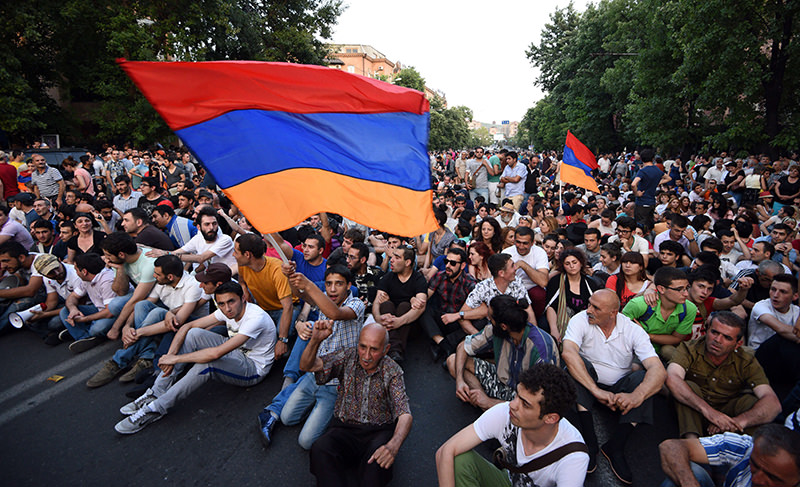 Demonstrators wave their national flags as they sit during a protest against the increase of electricity prices in Yerevan, the capital of Armenia, on June 22, 2015. (AFP Photo)
by Associated Press Jun 22, 2015 12:00 am
Several thousand people are protesting in the Armenian capital against a hike in electricity prices.

About 5,000 demonstrators marched Monday to the presidential headquarters, but were stopped by phalanxes of riot police backed by water cannons.

The protesters then sat on the road, blocking traffic. Police warned they would disperse the rally.

The demonstrators are demanding that the government reconsider its decision to increase electricity prices for households by 17-22 percent.

The landlocked country's economy is hobbled by the longstanding closure of its borders with Azerbaijan and Turkey over the conflict in Nagorno-Karabakh.
Last Update: Jun 25, 2015 11:35 am
RELATED TOPICS