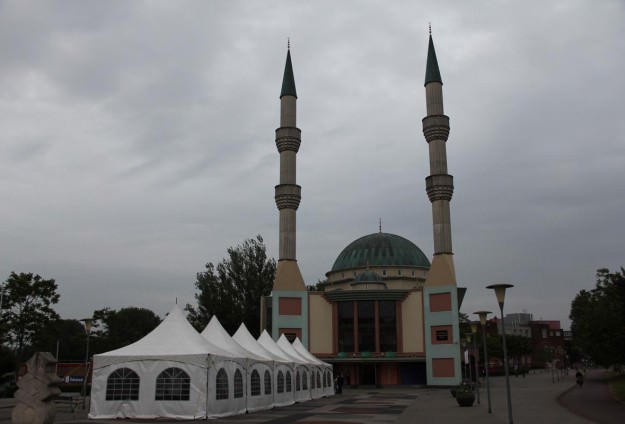 | AA Photo
by Daily Sabah with AA Jun 23, 2015 12:00 am
Police are searching for perpetrators who have sent an anonymous threat letter to a Netherlands mosque last week, chairman of an affiliate foundation has told Anadolu Agency.

An official from the Netherlands Diyanet Foundation, Nevruz Özcan, said Tuesday that a hand-written letter reached the Fatih Mosque located in Roermond city of Limburg province.

The letter claimed that an attack would be organized on the mosque over the weekend and asked Muslims to "go back where they belong", Özcan said.

The attack did not materialize, and Özcan said the mosque's community was at peace after police took extra security measures around the mosque during prayer times for several days.

The letter has been handed over to police, who are seeking the sender, the chairman added.

Fatih Mosque is the only Turkish mosque in Roermond near the Netherlands-Germany border, inhabited by 2,400 Turkish nationals.