US announces move to put tanks in Baltic, Eastern Europe 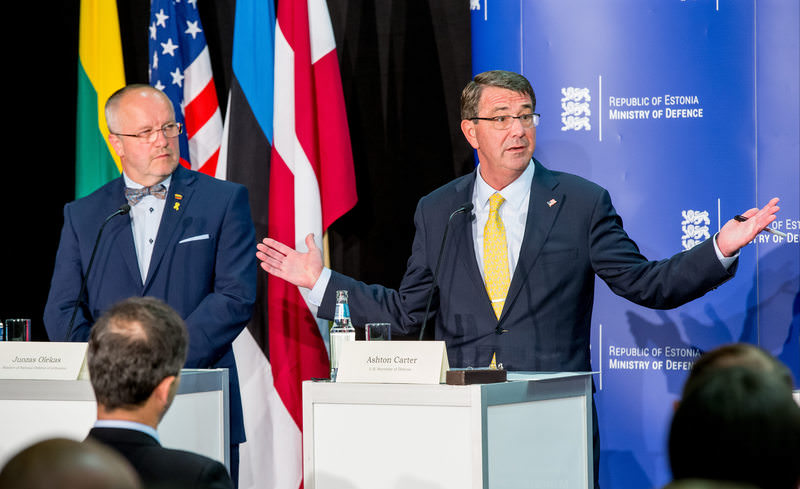 by Daily Sabah with AA Jun 23, 2015 12:00 am
The United States will put 250 tanks, heavy equipment, Bradley infantry fighting vehicles and soldiers in the Baltic and Eastern European NATO-member countries in the face of threats from Russia, U.S. Defense Secretary Ashton Carter announced Tuesday.

He said that the U.S. would also deploy up to 750 American soldiers in the Baltic countries to confront threats that might come from Russia and some terrorist organizations. He said that the equipment and soldiers would also be used in military exercises in the region.

Separately, the U.S. military equipment would be deployed also in the NATO member states of Bulgaria, Poland, Romania and Germany, Carter said.

Baltic countries fear a possible Ukrainian-type scenario and threats from Russia. However, Russian President Vladimir Putin has dismissed all such threats as imaginations of "insane" people. In comments reported in an Italian newspaper, Corriere della Sera, Putin said earlier this month: "Only an insane person and only in a dream can one imagine that Russia would suddenly attack NATO."

On Wednesday and Thursday this week, the NATO defense ministers are expected to meet in Brussels to discuss how NATO was adapting to a new and more challenging security environment.

Moreover, the U.S.'s San Antonio amphibious ship has arrived at the Tallinn's port. About 800 soldiers and military equipment are aboard the ship, which will be used in the BALTOPS (Baltic Operations) annual military exercises.
Last Update: Jun 24, 2015 12:13 am
RELATED TOPICS