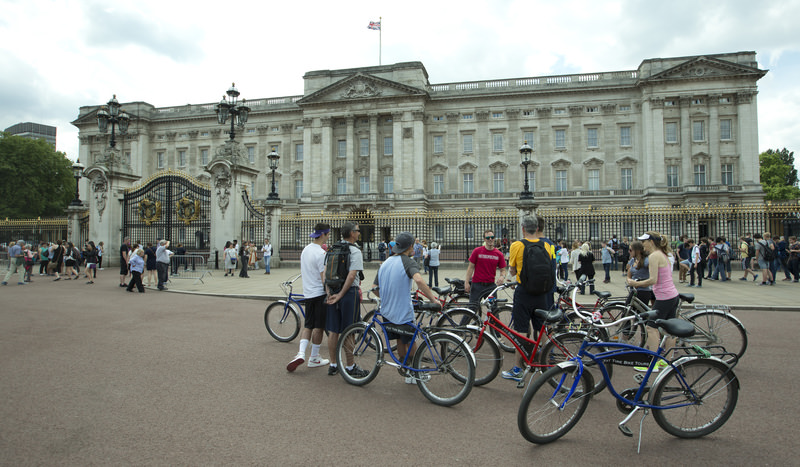 The much-needed maintenance work estimated at a £150m cost at the Buckingham Palace may force Britain's Queen Elizabeth II to move out of the royal residence temporarily.

If the renovation plans are carried out, the Queen, 89, and Prince Philip, 94, will have to vacate the palace for 12 months and instead return to their old, beloved home, the Windsor Castle.

While it isn't the only option considered by the Royal family, it would be the cheapest to do the reconstruction in one go.

The 300-year-old palace is in dire need of new plumbing and wiring, in addition to having rooms that haven't been redecorated or refurbished since 1952.

The Telegraph stated that the Royal Household has spent £2.1m on the repair work of Buckingham Place so far. Asbestos has been removed, paths have been relayed, the State Glass Pantry used as the royal food court during official gatherings has been refurbished and the Palace's lead roofing has been renewed.

But it is feared that this temporary move out might cost Britain dearly as the change of guards at Buckingham Palace and the Queen are one of the top attractions among tourists who visit London. With more than half a million paying visitors, the Royal family may suffer a £6 million loss as a result of its compulsory closure to the public reported the Telegraph.

If Queen Elizabeth II does agree to move out of her royal home, it will be the first time a monarch will have vacated Buckingham Palace since 1837 when Queen Victoria designated the palace as the official royal residence.