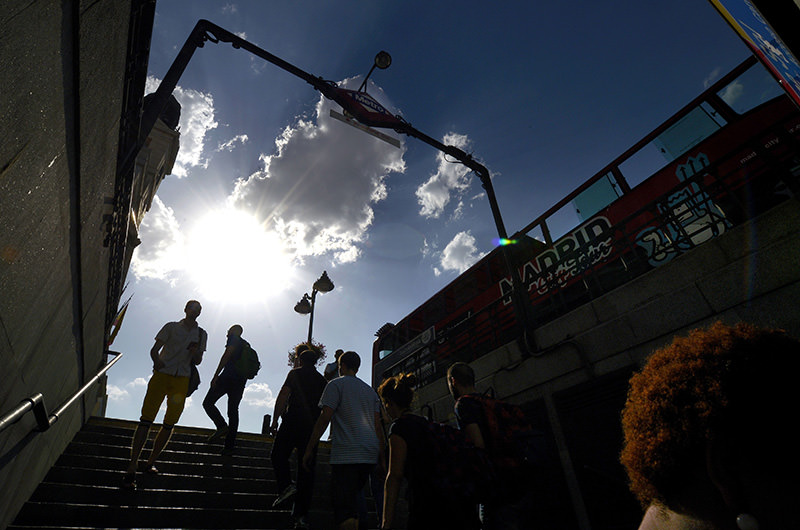 People walk the stairs of the underground station of Puerta del Sol square in Madrid, on June 30, 2015, as a major heatwave spreads up through Europe, with temperatures hitting nearly 40 degrees (AFP Photo)
by Daily Sabah with Wires Jul 01, 2015 12:00 am
Commuters are baring lots of skin in western European capitals and French authorities are reaching out to vulnerable populations as several European countries are seeing unusually high summer temperatures.

Spain remains locked in a heat wave on Wednesday with most of the country on high alert for forest fires and the elderly urged to take extra care.

Paris authorities opened special air-conditioned rooms to the public and were checking in on the elderly. France is particularly sensitive about the issue since thousands of people died in a heat wave in 2003.

British, Italian, and German authorities are also on alert. Germany will feel the extreme heat as temperatures will rise to 38 degrees Celsius on Wednesday.