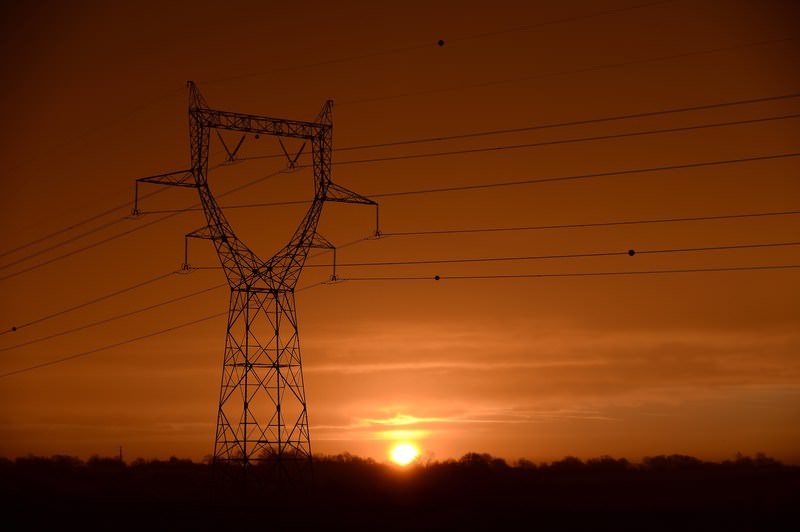 | AFP Photo
by Daily Sabah with AFP Jul 02, 2015 12:00 am
Millions of houses in France were left in the dark on Tuesday night as temperatures soared in a blistering heat wave sweeping through Europe.

Around a million homes in western France were left without power overnight Tuesday after the heat wave moved in from Spain, and another blackout striking Brittany in northwest France Wednesday morning, cutting electricity to 100,000 houses.

Although power was restored to most of the homes on Wednesday morning and Brittany got their power back, the east coast experienced further blackouts.

The electricity provider of Brittany also stated that power measuring devices on electricity lines were overheated due to the heat which caused fires in some places, thankfully they were soon put out.

Another heat wave set to last at least nine days is expected to hit Spain on Friday and then spread to France, Italy, Germany and Eastern Europe, the Spanish national weather office said.
With temperatures pushing 40 degrees Celsius (104 degrees Fahrenheit), the UN warned that heat waves were growing more frequent and intense due to climate change, and called on more countries to put warning systems in place to inform people of the dangers.

The last major hot spell in 2003 caused an estimated 19,000 deaths in Europe, and Portugal has already recorded around 100 deaths over the normal mortality rate since temperatures rose at the weekend, health authorities said.