US envoy called to Merkel's office over fresh spying reports 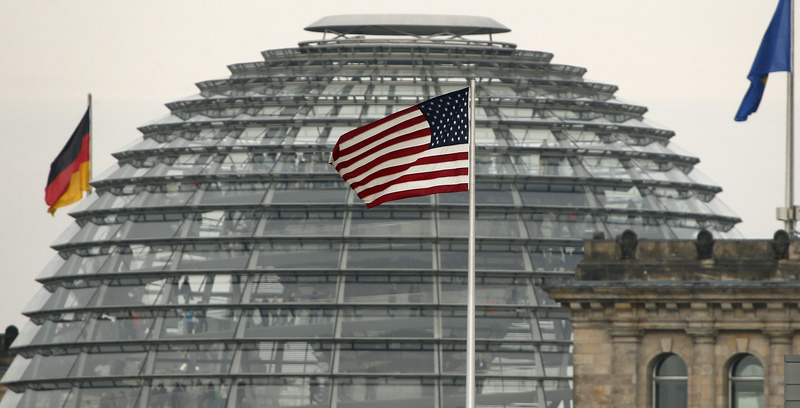 by Jul 02, 2015 12:00 am
German Chancellor Angela Merkel's office asked the US ambassador to come in Thursday over new allegations of NSA spying, which threaten to drive a new wedge through transatlantic ties.

In the latest eruption in a nearly two-year rift over illicit espionage, Merkel's chief of staff Peter Altmeier called the US envoy, John Emerson, to the chancellery "to make clear that respect for German law is non-negotiable and proven violations will be prosecuted", Merkel spokesman Steffen Seibert said.

In the strongly worded statement, Seibert said the "indispensable cooperation between German and US intelligence" was being "harmed by such repeated incidents".

He noted that Berlin had beefed up its espionage defences last year "and feels justified by the latest reports".

German-US relations were badly strained after fugitive US intelligence contractor Edward Snowden in 2013 revealed widespread US foreign surveillance, although a probe into the alleged tapping of Merkel's mobile phone was dropped last month due to lack of proof.

The federal prosecutor's office said Thursday, however, that it was considering reopening an investigation into US National Security Agency (NSA) activities in Germany in light of the new evidence.

According to the latest Wikileaks documents, the NSA did not limit its snooping activities to Merkel, and showed particular interest in the ministries of finance, economy and agriculture, the daily Sueddeutsche Zeitung and two public broadcasters reported.

They said WikiLeaks had shown them a list of 69 phone numbers that were reportedly targeted, belonging to ministers and senior officials. The list appears to date back to between 2010 and 2012.

Current Economy Minister and Vice Chancellor Sigmar Gabriel was among those spied on by the NSA, the reports said, although they noted that he was in the opposition at the time.

The list also features the number of former finance minister Oskar Lafontaine, who left the job in 1999. But the number is "still active", according to the Sueddeutsche report, and now rings through to the office of the powerful current finance minister, Wolfgang Schaeuble.

Schaeuble told the mass-market Bild newspaper that he had the impression "a few people at the American (secret) services may have lost their sense of proportion" and said Washington should supply some answers.

But he said sensitive communication at the ministry occurred via "specially secured channels" and insisted that US intelligence was "one of our smaller problems".

"The services of other major powers worry me more," he added.

While Snowden alleged US spying on many European governments, his disclosures triggered particular anger in Germany where bitterness lingers over mass state spying on citizens by the Stasi secret police in former communist East Germany where Merkel grew up.

Merkel herself phoned US President Barack Obama over the 2013 revelations and in public told Germany's traditional post-war ally and NATO partner that "spying between friends just isn't on".

Washington appeared to confirm that her phone had been tapped when US officials said it would not be a target in the future.

The US government has been keen to push past an unpleasant chapter in relations with Europe's top economy to focus on trouble spots such as Ukraine, Iran and Greece, as well as the mooted TTIP transatlantic trade pact.

However resentment in Germany over the spying has festered, with media coverage of the issue unabated and a parliamentary probe ongoing.

Merkel, who polls show is enormously popular in Germany, has faced fervent criticism from the opposition for failing to hold Obama's feet to the fire for a full reckoning and a formal US pledge to exempt Germany from espionage.

Members of the investigating committee called on the chancellor Thursday to take action.

"Merkel needs to come out and start fighting right away," said Christian Flisek of the Social Democrats, partners in Merkel's "grand coalition" government.

The committee's chairman, Patrick Sensburg of Merkel's Christian Democrats, said the US administration was "under pressure to offer an explanation".