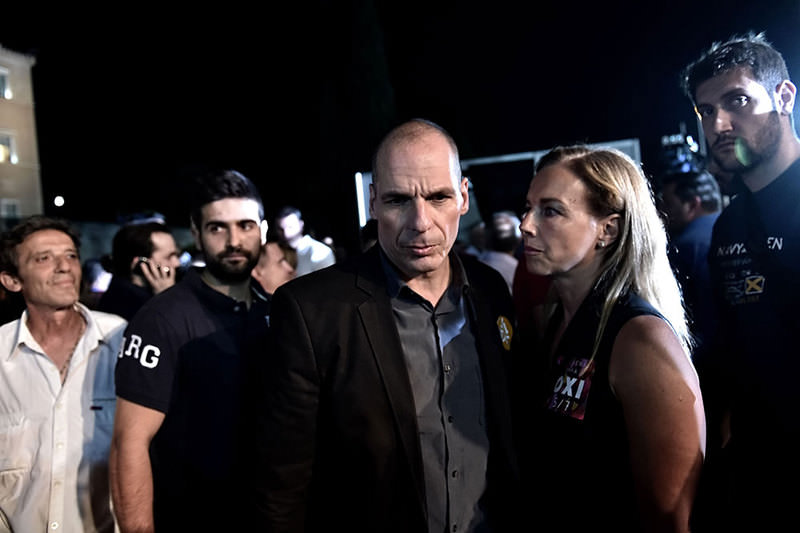 by Jul 04, 2015 12:00 am
Greek Finance Minister Yanis Varoufakis accused Athens' creditors of "terrorism" in an interview published on Saturday, a day before Greeks vote in a high-stakes referendum on their bailout.

"What they're doing with Greece has a name -- terrorism," the blunt-spoken Varoufakis told the Spanish El Mundo daily. "What Brussels and the troika want today is for the 'yes' (vote) to win so they could humiliate the Greeks."

"Why did they force us to close the banks? To instill fear in people. And spreading fear is called terrorism," he said, referring to the IMF, European Central Bank and European Union.

After failing to reach a deal with its creditors last weekend on an extension of its bailout program Greece's radical leftist government closed the country's banks and imposed capital controls until July 6.

Varoufakis said that whatever the result of Sunday's vote, in which the government is calling for a 'no' vote, the banks would reopen and Athens would end up reaching an accord with its creditors.

The flamboyant economist, who has become one of Europe's most recognizable politicians in the few short months since he took office, also repeated that the "troika" of creditors wanted to "humiliate Greeks" and make them an example of what not to do for other countries, like Spain, where radical left-wing parties are on the march.

Referring to Syriza's Spanish ally Podemos, he said: "I think that in Europe there is a need for parties like Syriza and Podemos, which are both critical of the system and pro-European and democratic. Those who hate us want to cast us as anti-European but it's not true, we are not."