'It is now time' to finalize Iran nuclear deal: US Secretary of State John Kerry 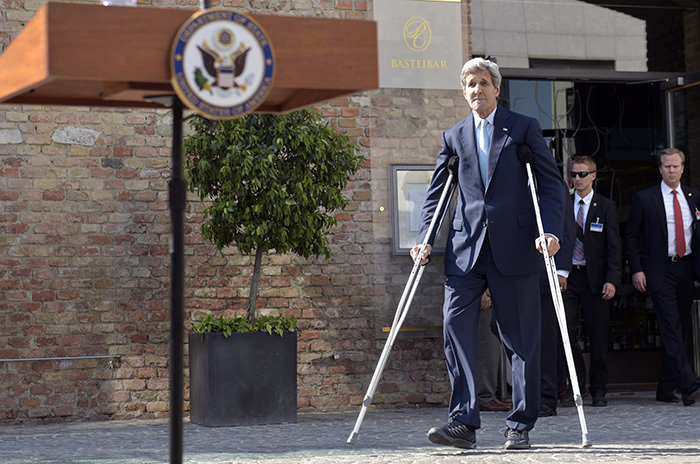 "It is now time to see whether or not we are able to close an agreement," Kerry told reporters ahead of a Tuesday deadline, saying that at present, the negotiations "could go either way".

"Over the past few days we have in fact made genuine progress, but I want to be absolutely clear with everybody we are not yet where we need to be on several of the most difficult issues," Kerry said.

"While I completely agree... that we have never been closer, at this point this negotiation could go either way," he said.

The comments came after meetings totalling several hours in Vienna between Kerry and Iranian Foreign Minister Mohammad Javad Zarif and ahead of the expected arrival of their counterparts from Russia, Britain, France, Germany and possibly China.

Building on a framework deal struck in April, the six nations want Iran to dismantle large parts of its nuclear programme for at least 10 years in exchange for progressive relief from sanctions.

This, the powers hope, will put an Iranian nuclear bomb out of reach -- an aim Tehran denies having -- and end a 13-year standoff that has at times threatened to escalate into armed conflict.

"If hard choices get made in the next couple of days, and made quickly, we could get an agreement this week. But if they are not made, we will not. So our teams remain very hard at work in the coming hours and days, we're going to go as hard as we can," Kerry said.
Last Update: Jul 05, 2015 6:28 pm
RELATED TOPICS