Tsipras’ ‘No’ has “torn down bridges” between Greece, Europe: German deputy chancellor 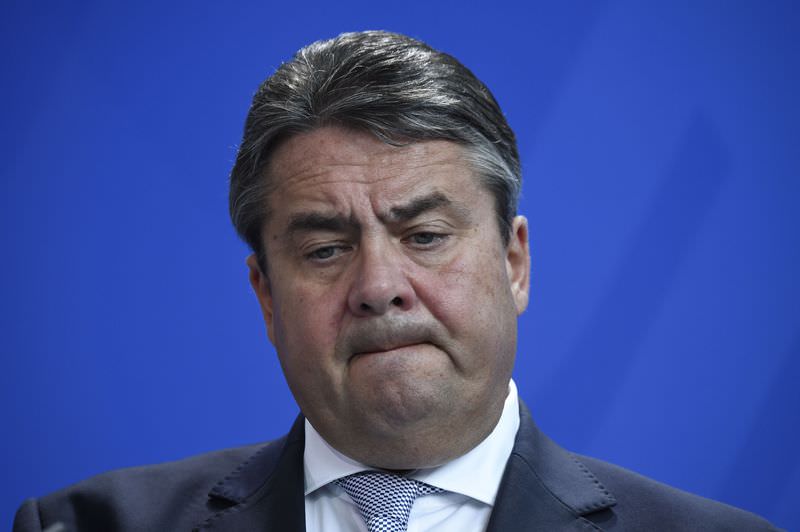 | AFP Photo
by Jul 05, 2015 12:00 am
German deputy chancellor Sigmar Gabriel said that the Greek Prime Minister Alexis Tspiras has "torn down the bridges" between Greece and Europe, in an interview to Tagesspiegel newspaper on Sunday, as the 'no' supporters announce their definite win.

Tsipras and his government are taking Greece down a path of "bitter renunciation and hopelessness," Gabriel told the Tagesspiegel newspaper in the first high-level reaction from the German government.

Tsipras has "torn down the last bridges which Europe and Greece could have crossed to find a compromise," said Gabriel, who heads the centre-left Social Democratic Party that shares power with Chancellor Angela Merkel's conservative Christian Democrats.

"By saying 'No' to the eurozone's rules ... negotiations over billions of euros in bailout programmes are difficult to imagine," Gabriel said.

Official results from three-quarters of Greece's polling stations showed more than 61 percent of Greeks had voted 'No' to creditor demands for further austerity in return for further bailout funds.

Another SPD official, Michael Roth, who is state minister for Europe in the foreign ministry, said the resounding 'No' vote would not make things easier for Europe, and least of all the Greeks themselves.

"Whoever is cheering now, hasn't understood the seriousness of the situation," Roth wrote on Twitter.

"Nothing is going to be easier. Least of all for Greek men and women," Roth warned.

In a first reaction from Merkel's CDU party, deputy party chief Julia Kloeckner warned that Tsipras should not believe he could use the referendum's outcome to pressure Europe into a better deal.

"The Greek government used anti-European propaganda and distorted messages in their campaign for a 'No'," Kloeckner said.

"But it's not only the will of the Greek people that counts, but also the citizens of other European countries. Mr. Tsipras should not believe that he can use this referendum to put pressure on Germany and the European partners. The EU is not a union where you can simply wish for whatever you want, where some members can individually determine the rules of play while the others pick up the tab," she said.
Last Update: Jul 06, 2015 1:50 am
RELATED TOPICS