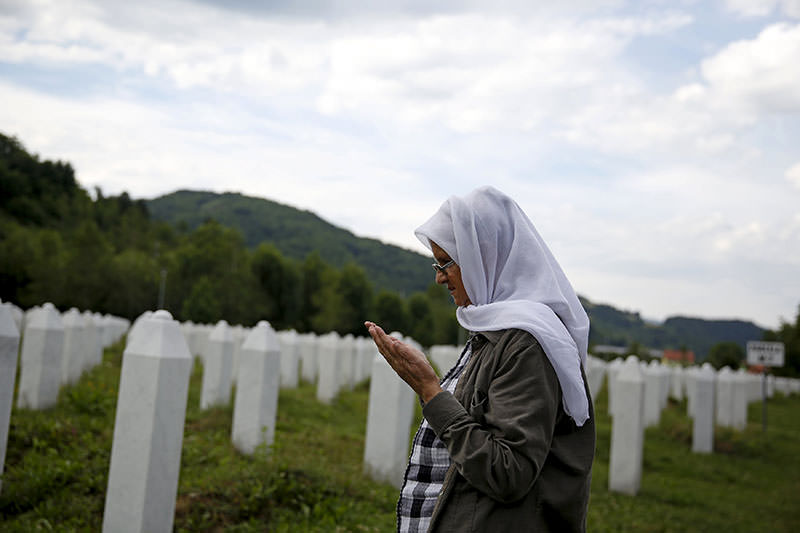 Hajra Catic prays near the grave of her husband in Memorial center in Potocari near Srebrenica, Bosnia and Herzegovina, June 23, 2015 (Reuters Photo)
by Anadolu Agency Jul 06, 2015 12:00 am
The European Parliament (EP) has observed Monday a minute of silence to commemorate the massacre of 8,000 Muslim men and boys in the Bosnian town of Srebrenica 20 years ago.

In his opening address, the EP president Martin Schulz called the massacre an "act of genocide [that] was one of the worst war crimes in Europe since World War II."

"It should never have happened, and our collective failure to prevent it shames us," said Schulz, paying tribute to the victims and conveying the parliament's deepest sympathy to the victims' families.

"We will not forget Srebrenica," he added, before MEPs stood for a minute of silence.

The killings took place in Srebrenica in July 1995 when Bosnian Serb troops seized the town, which was supposed to be a safe haven under the protection of Dutch UN peacekeepers.

The EU designated July 11 as Srebrenica Memorial Day in 2009.