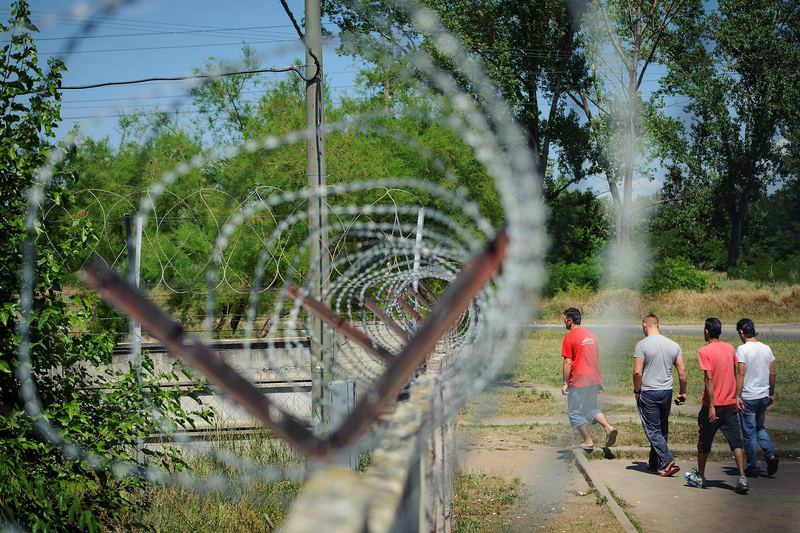 Amnesty International on Tuesday accused the EU of leaving migrants and refugees trapped without protection in the Balkans while they try to access member countries. "Thousands of refugees, asylum-seekers and migrants, including women and children, making dangerous journeys across the Balkans are suffering violent abuse and extortion at the hands of the authorities and criminal gangs," the rights group said in a report published on Tuesday. The report also said migrants fleeing war, poverty and persecution were being "shamefully let down by a failing EU asylum and migration system."

The number of migrants and refugees from Syria, Afghanistan, Egypt, Eritrea, Iraq, Nigeria, Somalia, Sudan and Tunisia traveling overland through the Balkans on their way to the EU has dramatically increased in recent years. The group's study is based on Serbia, Hungary, Greece and Macedonia, with researchers interviewing around 100 refugees and migrants.

The number of people apprehended crossing the Serbian-Hungarian border alone has risen by more than 2,500 percent since 2010 from 2,370 to 60,602, Amnesty said. The journey takes them by sea from Turkey to Greece and then overland across Macedonia and Serbia toward EU member Hungary, a route that is increasingly used as it is considered less deadly than sailing across the Mediterranean from Libya. More than 1,800 people have been killed attempting to cross the Mediterranean this year alone, according to the U.N.

Many migrants told the rights group that they have been forced to pay bribes of up to 100 euros ($110) to police while passing through the Balkans and that they have been "arbitrarily detained by the authorities" for prolonged periods without any legal safeguards or the opportunity to claim asylum. Migrants reported being pushed, slapped, kicked and beaten by Serbian police near the border with Hungary and an Afghan refugee told Amnesty that "a woman who is five months pregnant was beaten."

Refugees and migrants are also vulnerable to financial exploitation by smugglers and attacks by criminal groups, the report said. "Those detected entering Hungary irregularly are routinely detained, often in overcrowded and degrading conditions, or ill-treated by police officers," according to the report. "Refugees fleeing war and persecution make this journey across the Balkans in the hope of finding safety in Europe only to find themselves victims of abuse and exploitation and at the mercy of failing asylum systems," Gauri van Gulik, Amnesty's deputy director for Europe, said in a statement. Gulik added that Serbia and Macedonia have become a sink for the overflow of refugees and migrants that nobody in the EU seems willing to receive.

The migrant crisis is still escalating in Europe as the EU does not apply its regulations and less developed countries such as Serbia, Macedonia and Hungary cannot handle the migrant and refugee crisis on their own.

Meanwhile, Hungary passed new legislation on Monday that tightens asylum rules, providing the legal framework for a fence to be built along the country's southern border with Serbia to decrease illegal migrants. Criticized by the U.N. and human rights groups, the new law also allows the detention of migrants in temporary camps. Bulgaria has also built a fence on its border with Turkey to end illegal border crossings into the country. The idea had come to the government's agenda due to concerns over the Syrian refugee influx. The country was criticized by the U.N. for "introducing barriers that may lead people to undertake more dangerous crossings and further place refugees at the mercy of smugglers."

The turmoil in the Middle East and the five-year war in Syria has led many people to flee the conflict in an attempt to seek security and shelter in a more prosperous and peaceful country, such as in Europe. Over 165,000 refugees and migrants have arrived in Europe by the Mediterranean in 2014, as indicated by the U.N. and Amnesty. More than 3,000 people died at sea while crossing the Mediterranean, according to the 2014 figures.
Last Update: Jul 08, 2015 12:22 pm
RELATED TOPICS