Pile of explosives stolen from France army base 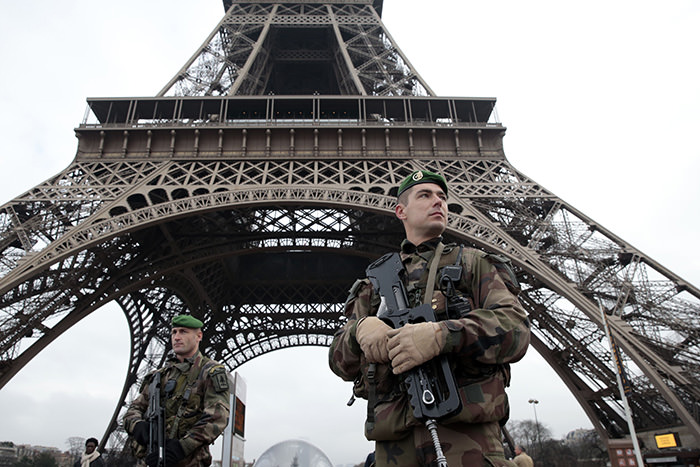 |AFP Photo
by Jul 07, 2015 12:00 am
A pile of explosives, 180 detonators and around 40 grenades were stolen from an army base in the southern French town of Miramas, a source close to investigations said on on Tuesday.

The theft came despite France having raised security after a suspected man beheaded his boss and tried to blow up an industrial gases site near Lyon on June 26.

The explosives theft was first spotted on Monday at the Miramas site which serves as a logistical platform for the French army's external operations, the source said.

A spokesman for the French army could not immediately be reached for comment.