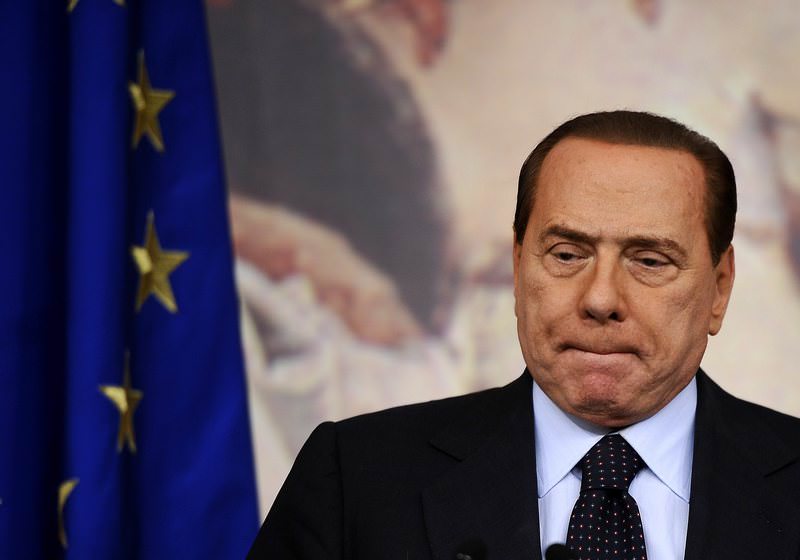 by Jul 08, 2015 12:00 am
Italy's former prime minister Silvio Berlusconi was found guilty on Wednesday of bribing a senator to switch factions in a move which helped topple the then government in 2008.

The court in southern Italy sentenced Berlusconi to three years in jail and banned him from holding any public office for five years, a judge said in a ruling shown live on television.

The four-times prime minister denied the charges. However, he will not have to serve his sentence because a statute of limitations kicks in later this year before any appeal can be held, preventing the courts from pursuing the case further.

Berlusconi lost his parliamentary immunity when he was ejected from the Senate in 2013 following a conviction for tax fraud. Despite remaining head of his once-triumphant Forza Italia party, he is struggling to revive his political fortunes.

Prosecutors accused Berlusconi, 78, of bribing Sergio De Gregorio, a former senator in the small Italy of Values party, to switch allegiance in 2006 in a move that eventually helped topple the government of Berlusconi's arch rival, Romano Prodi.

De Gregorio admitted receiving 3 million euros ($3.3 million) from Berlusconi and attempting to persuade other senators to change sides. He was separately sentenced to 20 months in jail after a plea bargaining deal.

Berlusconi said he gave De Gregorio the money to help finance a new political movement. "This is a desperately unjust and unjustifiable ruling," his lawyer, Niccolo Ghedini, said on Wednesday.

Berlusconi finished in March a community service sentence tied to the tax fraud case, but fresh judicial woes are lapping at his feet.

A court in the southern city of Bari has ordered him to appear as a witness on Friday in the trial of seven defendants who are accused of procuring prostitutes for the ex-premier's alleged sex parties between 2008 and 2009.

Earlier this year, Berlusconi was acquitted of having sex with an under-aged prostitute at the parties when the judge ruled it could not be proved that he knew the woman was just 17.

Berlusconi has denied the accusations and a court will rule later this year whether to press further charges.

He was ousted as prime minister in 2011 in the midst of the euro zone financial crisis. He has repeatedly said he was forced from office as a result of a plot by European Union officials.