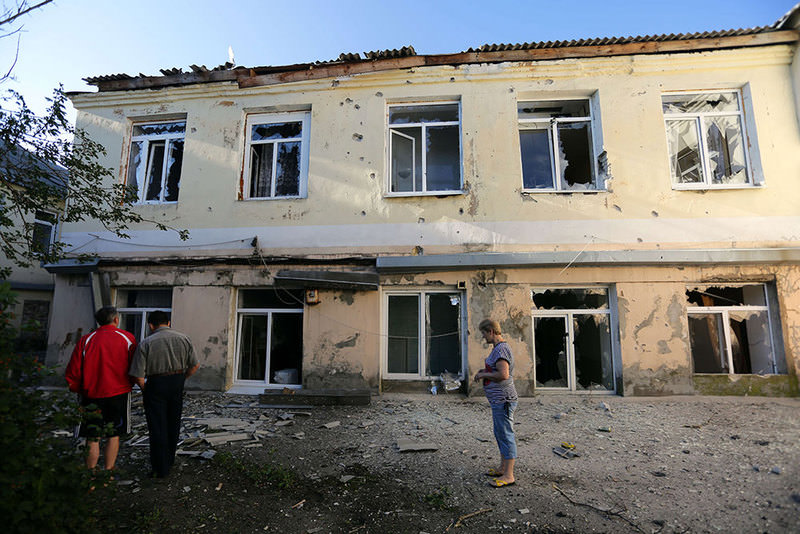 by Jul 19, 2015 12:00 am
Pro-Russian separatists have said they will withdraw all of their heavy weapons from the conflict zones of eastern Ukraine later Sunday in accordance with an agreement with the Organization for Security and Cooperation in Europe (OSCE).

Separatist leader Vladislav Deynego was quoted by the Interfax news agency as confirming implementation of the agreement, which stipulates that weapons with a caliber of 100 millimeters will be withdrawn at least three kilometers from the front lines.

The region of Donetsk also announced a withdrawal of weapons. Russia had called on Ukraine to withdraw its troops from the front as agreed in the February Minsk peace accord.

The separatists stressed that they would not initiate any new strikes. "That is our unilateral step towards peace. We are showing the whole world that we are fulfilling the Minsk agreement," Sergei Koslov, the head of the Luhansk separatist militia, was quoted by local media.

Relations between Russia and Ukraine plummeted to an all-time low after Kiev ousted its pro-Russian president last year. Russia later annexed the Ukrainian peninsula of Crimea and backed the cause of pro-Russian separatists in Ukraine's two eastern-most regions.

About 6,500 people have died in the conflict since April last year, and 1.4 million have become internally displaced, according to UN estimates.