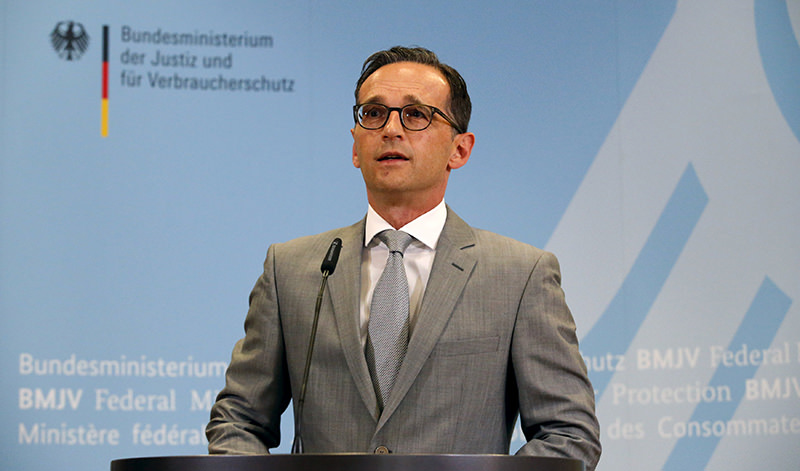 Maas said he made the decision after consultations with Chancellor Angela Merkel's office.

The Justice Ministry has questioned Range's decision to open a much-criticized treason investigation against two journalists who had reported that Germany's domestic spy agency plans to expand surveillance of online communication.

The treason probe was widely regarded as an embarrassment to the government and senior officials had stressed in recent days that Germany was committed to protecting press freedom.

Range earlier Tuesday accused the government of interfering in the investigation. The 67-year-old, who was due to retire early next year, said it had ordered him to withdraw an independent expert from the case who determined that the leaked documents in the reports were a "state secret," one requirement for a treason case.

Maas said Range's claim that he was ordered to withdraw the expert opinion was false. He said the decision to do so was taken by both of them Friday and Range's statement Tuesday gave the public a false impression.

"I have told federal prosecutor Range that my trust in his ability to fulfill the office has suffered lasting damage and therefore in agreement with the Chancellery I will request his retirement today," Maas told reporters in Berlin.

The news about the probe against the two journalists from website Netzpolitik.org emerged last week. It followed a criminal complaint filed by the spy agency.