Azerbaijani journalist beaten to death over criticizing a football player 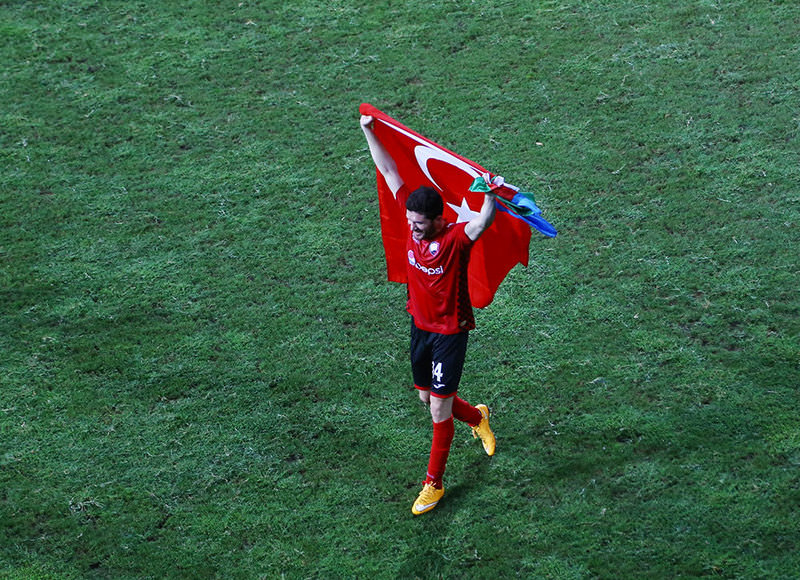 An Azerbaijani journalist, Rasim Aliyev, was attacked and harshly beaten to death by relatives of a football player whom Aliyev criticized for making an offensive gesture at a another journalist.

Rasim Aliyev, 30, a photo and video journalist, died in a hospital in Baku on August 9 after being beaten by a number of men who contacted him over his Facebook post criticizing a local football player's celebration when his team Gabala beat Cypriot club, Apollon Limassol, last Thursday.

Aliyev had disapproved the behavior of the Gabala striker, Javid Huseynov, who waved a Turkish flag after the match and allegedly made an offensive gesture at another journalist. Aliyev wrote on his Facebbook page that Huseynov "did not know how to behave" and should not represent Azerbaijan on European soccer fields.

Aliyev told the Turan news agency, based in Baku, before his death that he had received insulting comments about the post. Having been contacted by telephone by a man claiming to be the cousin of the player. After initially abusing Aliyev, the man phoned him back in a conciliatory tone and invited him to drink tea on Saturday.

"I came out alone. There were five or six of them and they immediately threw themselves at me and started beating me up," Aliyev said.

Aliyev later died in intensive care once his condition worsened and he underwent an emergency operation.

The Azerbaijani President's Aide for Public and Political Affairs Ali Hasanov has said that President Ilham Aliyev is deeply concerned about the beating of Rasim Aliyev, and the case was being handled by the interior ministry a well as the prosecutor-general to conduct an "objective investigation".

According to a report by the Parliamentary Assembly, released on June 18, 2014, titled "Committee on Culture, Science, Education and Media" Institute for Reporters' Freedom and Safety (IRFS), correspondent Rasim Aliyev was beaten by police and arrested when he was covering an opposition rally in Baku, in spite of wearing clearly-marked press jackets.