European Union should take in up to 200,000 refugees: United Nations 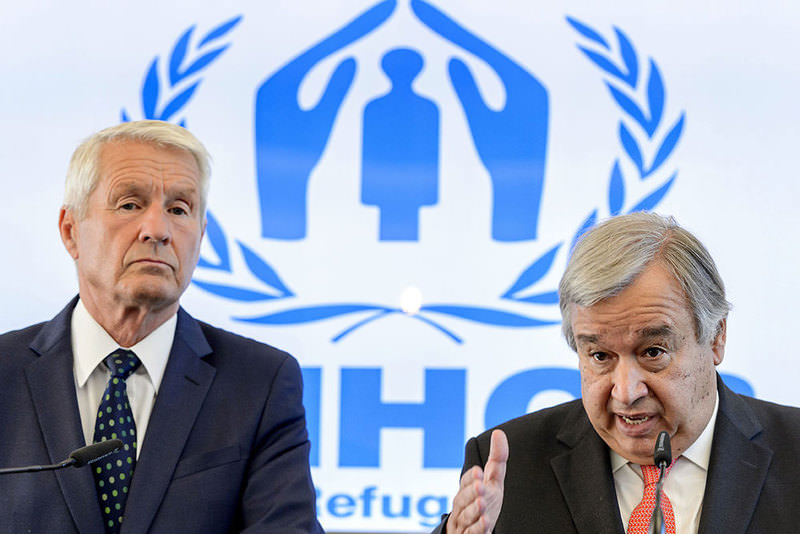 by Sep 04, 2015 12:00 am
The UN refugee chief called Friday on European countries to take in some 200,000 refugees as part of a "massive relocation program" that would be binding on EU states.

"We are facing exceptional circumstances. We need an exceptional response," Guterres told reporters in Geneva, warning that Europe was facing "a massive refugee and migration crisis."

"We really need a massive relocation program in which all European states need to participate," he said, speaking alongside European Council head Thorbjoern Jagland.

He said a preliminary estimate showed around 200,000 relocation places would be needed through the end of 2016.

Guterres also reiterated the urgent need to put in place EU-funded reception and registration centers in countries facing the biggest influx of migrants and refugees, like Greece, Hungary and Italy, to avoid a continuation of "the chaotic situation we are witnessing today."

"Europe cannot go on responding to this crisis with a piecemeal or incremental approach," he said.

His comments came as tensions mount over Europe's failure to cope with the worst refugee crisis since World War II, which has seen more than 365,000 migrants and refugees cross the Mediterranean since January.

The multifaceted crisis has spread across Europe, with Hungarian authorities Friday locked in a stand-off with migrants who left Budapest's main train station on foot for Austria, while Britain said it would take thousands more Syrian refugees.

Pressure on EU leaders has intensified this week with the heartbreaking pictures of three-year-old Aylan Kurdi's body on a Turkish beach, after he drowned with his brother Ghaleb and mother Rihana while they tried to cross to Greece.

That picture has spurred numerous grassroot efforts to help the migrants and a surge in donations to aid organizations.

Jagland said Friday that states should "draw inspiration from citizens' solidarity with refugees."

"What we are witnessing on the ground from people themselves should now be translated into solidarity between states," he told reporters.

Hungary, which has seen record numbers of migrants and refugees flood into the country en route towards the EU, has perhaps taken the toughest stance in the crisis, and on Friday its parliament introduced emergency anti-migration laws.

But Guterres pointed out that the first major crisis the UN refugee agency dealt with following its creation after World War II was when some 200,000 Hungarians fled their country in 1956.

At that time, he said, 140,000 Hungarians were successfully relocated -- half of them inside Europe -- within just four months.

"This should be a reminder that when Europe wants, Europe can get together to address a refugee problem," he said.