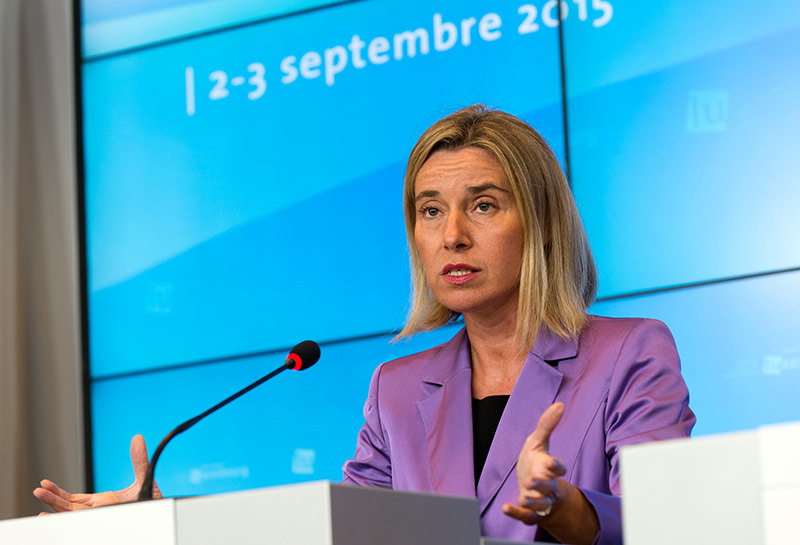 |AP Photo
by Daily Sabah Sep 05, 2015 12:00 am
While the photo of a drowned Syrian refugee toddler made headlines in all major newspapers across the world, the European Union's Foreign Policy Chief Federica Mogherini said she is 'fed up' with calls to act emotionally to the photo of the drowned toddler.

When a journalist asked Mogherini what she thinks about the photo of the three-year-old boy, during a press conference in Luxembourg, she replied "I am a little bit fed up that politicians are called to react emotionally."

According to figures from the United Nations refugee agency (UNHCR), more than 2,500 refugees are estimated to have lost their lives or gone missing while trying to reach Europe in 2015. More than 3,500 people died or went missing in 2014.
Turkey's President Recep Tayyip Erdoğan on Thursday harshly criticized global powers for failing to respond to the ongoing refugee crisis in Europe, where thousands of refugees have drowned while trying to reach Europe while countries hesitate to accept more refugees.
Last Update: Sep 05, 2015 11:50 am
RELATED TOPICS