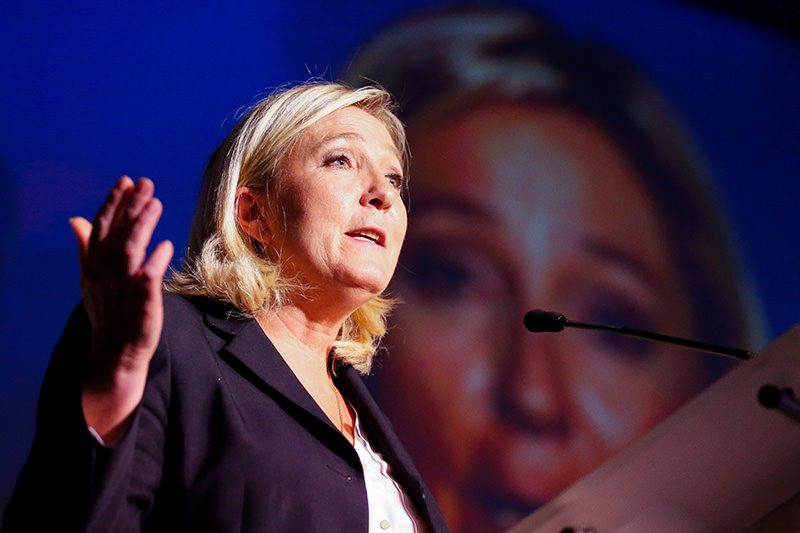 Le Pen was campaigning to take over leadership of the FN from her father in December 2010 when she made the comparison, complaining that there were "ten to fifteen" places in France where Muslims worshipped in the streets outside mosques when these were full.

"I am sorry but for those who like talking a lot about World War II, if it comes to talking about the Occupation, we can talk about it, because that (Muslims praying on the street) is the occupation of territory," she told a crowd in the eastern city of Lyon.

After the comments, which provoked outrage in France, Le Pen was investigated for inciting racial hatred but the probe was later closed with no result.
But a complaint by an association led to a judicial enquiry which was opened in January 2012.

Le Pen was charged in July 2014 after her immunity as a member of the European Parliament was lifted following a vote.

Le Pen told AFP she would attend the trial.

"Yes, of course. I wouldn't miss such an occasion," she said.

Le Pen's party is riding high in opinion polls despite its legal woes and a bitter family feud in which leader Marine Le Pen ousted her father and party founder Jean-Marie Le Pen over a string of controversial remarks.

While the FN remains anti-EU and anti-immigration it has worked hard to soften its image since Marine Le Pen took over in 2011 and has seen its popularity soar, enjoying a series of election successes.

Several polls have shown she could pose a serious challenge to the conservative Republicans of former president Nicolas Sarkozy as well as the ruling Socialists in 2017.
Last Update: Sep 22, 2015 8:30 pm
RELATED TOPICS